A Beautiful Day in the Neighborhood New Quotes 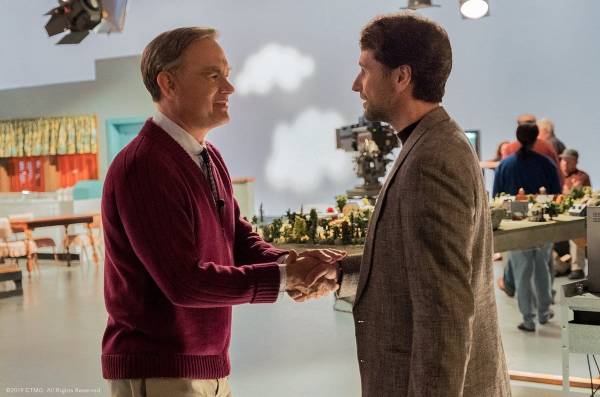 Bio-drama directed by Marielle Heller. Based on a true story in which an award-winning cynical journalist, Lloyd Vogel (Matthew Rhys), begrudgingly accepts an assignment profiling the beloved television icon Fred Rogers (Tom Hanks) and overcomes his skepticism, learning about empathy, kindness, and decency, and finds his perspective on life transformed.

Bill Isler: I insisted he read you before we agreed.
Lloyd Vogel: And, did he?
Bill Isler: Every article we could find.

Lloyd Vogel: Mr. Rogers, I’m here to interview you.
Fred Rogers: It is so nice to meet you.

Lloyd Vogel: This will be a piece for an issue about heroes. Do you consider yourself a hero?
Fred Rogers: Not at all.

Lloyd Vogel: All these people line up to tell you their problems. That would be an internal burden on you.
Fred Rogers: Sometimes we have to ask for help, and that’s okay.

Fred Rogers: We are trying to give the world positive ways of dealing with their feelings.
Lloyd Vogel: Yeah, like what?
Fred Rogers: There are many things you can do. You can play all the lowest keys on a piano at the same time.
[imitates hitting the piano keys]
Fred Rogers: Bong!

Lloyd Vogel: He’s just about the nicest person I’ve ever met. I just don’t know if he’s for real.

Lloyd Vogel: You love broken people like me.
Fred Rogers: I don’t think you are broken.

Fred Rogers: I think the best thing we can do is to let people know that each one of them is precious.

What do you think of A Beautiful Day in the Neighborhood quotes? Let us know what you think in the comments below as we’d love to know.