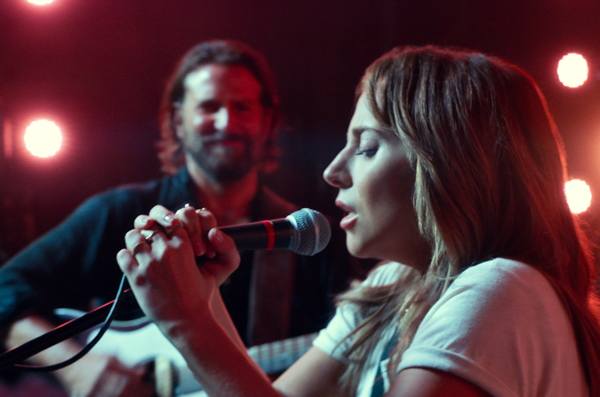 I was lucky enough to attend a preview screening of A Star Is Born 8 days before its UK theatrical release, in fact I have seen the film twice already so I would have time to fully digest my thoughts. I will also be attending the IMAX showing of it next week when it’s brought back to UK cinemas for a one week IMAX run. The film follows a fading rock/country style musician (Bradley Cooper) helps a young singer (Lady Gaga) find fame, even as age and alcoholism send his own career into a downward spiral. I thought this film was magnificent, I was very impressed with what Bradley Cooper was able to put together for a first time director. He has shown he has considerable talent here and shows he is capable of making a fantastic film.

Eric Roth, Bradley Cooper and Will Fetter’s script for this film is great. It completely drew me in instantly with its excellent parts of dialogue and character development. I was invested in the main leads straight away due to how well written the script was. The narrative genuinely surprised me on where they were going with the characters and plot. Bradley Cooper gives the best performance of his career in my opinion. A really emotionally driven performance. His character Jackson Maine is an alcoholic and it’s extremely tough to watch how that affects his performances and relationship with his brother Bobby played by Sam Elliot. This made me really resonate with this character due to how good the performance from Bradley Cooper was.

Lady Gaga who I think is insanely talented and one of the best musical voices of our current times is incredible in this film. His voice is just amazing and she really knocked it out of the park with the dramatic scenes as well. The chemistry between her and Bradley Cooper is just mesmerising to watch on screen. A really powerful performance from both of them. However I think the most overlooked performance in this film is from Sam Elliot who plays the brother of Bradley Cooper’s character who helps him out on tours and get his gigs. He has a very hard time watching his brother suffer from alcoholism and it’s some of the best acting I’ve seen all year. There’s one scene in particular in a car which nearly drew me to tears on both of my viewings of the film. I believe he deserves awards attention for his performance. The rest of the cast were brilliant too.

The music was outstanding, one of the stand out tracks is Shallow which I believe will win best original song at the upcoming academy awards. Some of the best songs I’ve heard written for a film for a long time. What really stood out about the music performances that they were all performed live for the film which I find so impressive. In terms of issues the editing in certain scenes would sometimes feel abrupt and you wouldn’t know if time has passed then realise that is has when the scene begins.  However on multiple viewings I didn’t find this an issue anymore due to this editing choice being used to show time passing in a more realistic way. This film is damn near perfect besides that.

The way in which you watch an artist taken in by the industry and turned into something she isn’t, and an another artist who has been in the industry for a long time and believes he’s losing his talent. It’s such a great commentary on the modern music industry can do to an artist, transform them into a product for everyone to just consume rather than someone who has something to say and it’s a really beautiful message for the audience.

A Star Is Born (2018) is an magnificent film that is both powerful and mesmerising. The performances are great, the music is outstanding and Bradley Cooper’s direction is something truly special. This is one of the best remakes ever made and one of the best films of 2018, it is a film that I believe needs to been seen by everyone.