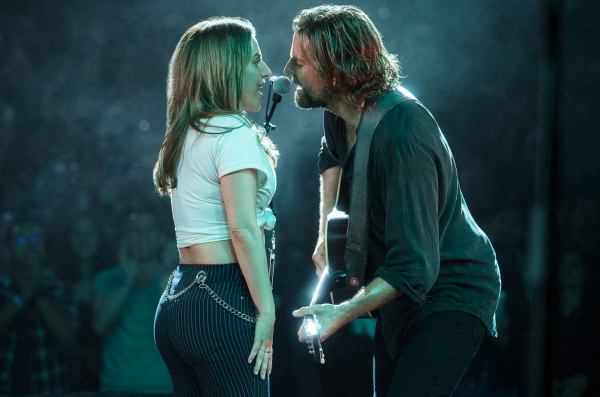 Everyone is raving about A Star Is Born starring Bradley Cooper and Lady Gaga. With a 95% on rotten tomatoes and a shining forty million dollars in the box office opening weekend, it’s clear that Cooper’s directorial debut is a smash hit.

But what makes this film so adored by millions? Is it the chemistry between Gaga and Cooper? Or perhaps it’s the knockout performances that’s got everyone singing along. Quite possibly it’s a mix of both. But most likely the reason this film is such a success is because of the timelessness of the story. A classic tale of love, romance, betrayal, and strength- not to mention a killer score. It’s hard to ask for anything more from a film.

It’s one of those movies that you’ll still be thinking about weeks after you step out of the theater. The kind of film that has all the ingredients of becoming a cult classic for everyone from musical nerds to film buffs. The camera work is partially to thank for the beauty of ASIB, capturing all the right close ups which manage to create a magnificent sense of intimacy with the viewers.

But despite all of the intimacy, despite each shimmer of neon red light, despite Gaga’s haunting performance of “La Vie En Rose”, and despite the fact that this movie is about a COUPLE… A Star Is Born is not a romance.

Let me rephrase. This movie has a plethora of romantic elements. From the gorgeous love ballads to the unconditional love Gaga’s “Ally” has for Cooper’s “Jack”, much of the film oozes with rose petal bliss. But despite all of this, Ally and Jack as a couple aren’t exactly “goals”.

Their love story begins like a classic Hollywood romance. A fantasy of sorts… until it’s not.

It starts off with a sad and lonely Jack stumbling into a drag bar after performing in front of millions. Right as he takes a seat at the bar stool, Ally does a soulful performance of “La Vie En Rose”, bursting with passion and Italian flare. (I should note that it’s fascinating to see Gaga so stripped down and authentic in this role, wearing not a drop of makeup in the film in contrast to her wigs, meat dresses, and bubble gowns that we’d associate the artist with ten years ago).

As Ally sings at the drag bar, she is face to face with Jack, who tears up at her voice. She recognizes him, being the famous rockstar that he is. But it’s more than just recognition gleaming on Ally’s face. It’s desire.

Afterwards, Ally and Jack are introduced to each other where they instantly connect. They quickly fall in love, and Jack even lets Ally fulfill her dream by performing on stage at a concert with him in front of a sea of fans- making her an instant star overnight.

The first act starts off like any girl’s fantasy. A famous rockstar sweeping a young woman off her feet, giving her all of the affection in the world, and pushing her into the spotlight of endless fame without much effort. What woman wouldn’t want that?  It seems like a total dream… until it’s not.

Jack, not so subtly, loses it over Ally’s rise to fame. His jealousy is so strong that it hits her right in the face (literally) when he smears a bunch of cake frosting all over her nose. The more successful her music career gets, the more threatened Jack becomes.

No longer the wide-eyed bushy-tailed groupie that he once had all the power over, Ally is now gaining a set of power that Jack simply won’t allow. He goes so far as to call her talentless and ugly, in an attempt to bring her down.

Yeah. Not exactly The Notebook over here. Cooper’s sunburnt liver-damaged lead isn’t what we’d call the swoony heartthrob required for a successful romance. With the vocal slurring, the drunken tumbles and the raging jealousy, it’s clear that Jack isn’t the Harry to Ally’s Sally. Their relationship turns into a toxic mess of anxiety, trauma, and betrayal, with every step towards success that Ally takes.

But despite the fact that this isn’t the satisfactory happy-ending romance everyone wants it to be, A Star Is Born is still a wonderful movie. And perhaps it’s because of the fact that Ally and Jack are doomed as a couple that makes A Star Is Born as unique and powerful as it is. It isn’t a love story, but instead a tale of independence and strength for Ally. A strength that wouldn’t be possible if it wasn’t for the love lost.

If you’re looking to see the next Titanic, you might be disappointed. But if you’re on the hunt for a film that tells the tale of resilience after heartbreak, A Star Is Born might just be the perfect fit.