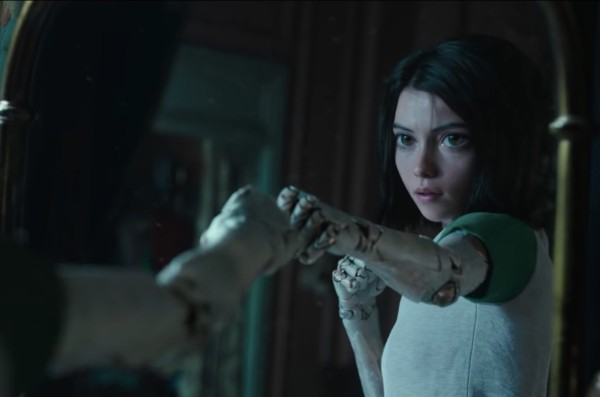 “It is the loneliest feeling to not know who you are.”

There isn’t many films which depict the transgender experience and there is even less which do it well. Most tend to villainize the transgender character or romanticising the situation somewhat. James Cameron is the person I would least expect to see this from yet somehow the impossible is achieved in a startling and beautiful manner.

Alita is a film about a young girl who is found in a scrapyard who has no idea who she is and where she comes from all she knows is that her body is not her own. Played by Rosa Salazar Alita has to find out who she is and her purpose of being built whilst trying to escape the creatures which are coming for her and the people she loves.

Cis-gendered audiences will most likely not see it how myself and other transgender people see it from this perspective, but this film without that context is still an achievement. It goes without saying that this film looks absolutely wonderful. It is clear that effort has been put into every single frame transcending your typical blockbuster the cinematography can only be compared to films like Ready Player One or Blade Runner 2049 for its futuristic and captivating presence. The performances are brilliant also Christoph Waltz manages to be a father figure in a dignified and mysterious way, and Keean Johnson, though his character is fairly underwritten, he manages to be likeable and enthusiastic as his role. Yet as normal Mahershala Ali shines as the empathetic villain showing that he is truly a talent and is someone who we should not underestimate.

Though the story can sometimes get confusing and could overwhelm the audience the heart is still there as at its core it is about somebody trying to find themselves something that myself and many others relate to. Gender dysphoria is a difficult topic to address especially from someone who may not have felt it before yet watching Alita attempting to be the best person she can be by changing her body felt incredibly real and raw to watch. Watching Alita look at herself in the mirror was heartbreaking as it was clear she did not know what her body was and why she owned it, and as someone who has never seen my story being portrayed on screen before it was astounding. Watching her transform into her real body the one which belonged to her and seeing her smile like she has never before felt too real.

More likely than not it wasn’t Cameron’s intention for people to see it like this and it most likely is a badly written beautiful story about a girl becoming a fighter, yet whenever I tried to see it from an objective standpoint I always went back to envisioning myself in Alita’s shoes.

Cameron has somehow managed to make a film which appeals to all audiences, the ones who just want to see a hot anime girl fight bad guys, the ones who loved the anime, and the ones who are so desperate to see representation within this art form. Alita: Battle Angel isn’t perfect nor is it trying to be yet somehow it all works.