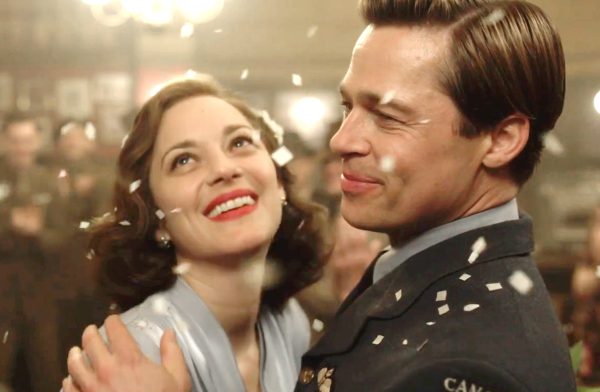 The Few Allies Allied Could Have Used

I have nothing but respect to much of the work done by Mr. Brad Pitt and Mr. Robert Zamekis, which could account to why I was so disappointed that they put their good names to a product such as Allied. Between the two of them, they have ample amount of talent and knowledge of film making, and yet for whatever reason, they chose to ignore basic cardinal rules of movie development. Being based on a true story, some leniency can be given for the taking of artistic freedom, but there is little excuse for forgetting that –

IT STARTS WITH THE SCRIPT
Allied is dripping with drama, along with issues not too far from that of Mr. and Mrs. Smith: Who can you trust? How well do you know the person you share a bed and a life with? But while Mr. and Mrs. Smith could get away with concentrating on the action (based on the protagonists’ profession), Allied should have attacked the subject from the dramatic point of view, instead of ending as yet another banal and uninspiring action movie. It comes down to the script, where Allied can’t seem to decide if it wants to be a dramatic thriller/suspense or an action flick highlighting the protagonist’s determination in proving his wife’s innocence.

One ally the script could have used is fully developed subplots. True the story is based on real events, which makes subplots a little trickier, but, as with the inability to lock on one main genre (drama), with support of sub-genres (thriller/suspense), subplots are mentioned, but not followed on. Yes, the point of the sister living with her girlfriend is clear, but it does not serve to reflect or contrast the premise. Was the sister’s girlfriend also investigated and vetted like the protagonist’s wife? Was she suspected on any unauthorized activities because of her sexual preference? Was her position affected in any way due to it? One way to know a subplot serves no function is to take it out and see if the main storyline is hurt in any way. When the answer is no, as is the case with Allied, the script is in troubles.

CHARACTERS, CONFLICTS, AND (LACK OF) DIALOGUE CAN BE ALLIES TOO
The story is so determent to present an action figure as the protagonist, it forgets the main issue is the internal drama of one’s belief in his secure life with his wife and baby being shattered to pieces. The drama of knowing that if the accusations are true he’d need to kill her himself, get lost in the action scenes portraying the protagonist attempts to uncover the truth himself. The desire to showcase a protagonist who will go to any length to prove his belief in his wife’s innocence is right and everyone else wrong, results in neglecting all other characters. No supporting cast, including the wife, has any depth to them, which is the result of a movie that shifts from the drama to the action/adventure genre.

Can one trust the woman he lays next to night after night; the one who bore his child, but who may also consorts with the same enemies responsible to so much death and destruction of your country? There is certainly no shortage of inner conflicts in this dramatic tale, especially when enhanced by the idea that the protagonist would need to kill his own wife himself should she be exposed as a traitor, can bring together both inner and external conflicts together. However, the script seems to insist on subduing most of the internal conflicts in lieu of the need to show the protagonist risking his life (and others) to get the information himself. There are some nice little twists like the blindness of one of the characters who could identify the wife, but on the other hand, there are conflicts that are thrown in, without any afterthought like the protagonist’s gained knowledge, that his selfish and irresponsible actions cost the life of an innocent young soldier.

Dialogue is a powerful tool in dramas, but lack of it could speak volumes. One scene showing the protagonist contemplating struggling his wife with his bare hands, would make a much bigger impact that him telling his sister about the suspicions against his wife, which the viewer was already aware of. And then, of course, much like Up in the Air, The Big Year and many other American movies, Allied must perform an overkill by adding an unnecessary piece of dialogue after the climactic moment and the resolution of the movie. Had it added pertinent knowledge the viewer was unable to infer from the preceding action and dialogue sequences, it would have been forgiven, but that is not the case here.

THE SILVER LINING
Not all is lost though. There are places where both Mr. Pitt and Mr. Zamekis show they know that cinema is a visual medium, and that a picture is worth a thousand words. In one scene the protagonist is seen sitting in the kitchen as his wife comes down from their bedroom. By that point the protagonist is tired and spent, physically and emotionally. He knows deep inside his wife’s guilt, but still harbors a shred of hope of her innocence. He wants to trust her, but can’t until he makes her take one last test. And all that is done without words, but by appropriate clothing, make up, camera movement and facial expression.

It is easy to be a Monday Night quarterback, but making a movie is not like a game of football. Footage is viewed both instantly and during preview screenings, thus the problems with the movie should have jumped up immediately. It is most certain that both Mr. Pitt and Mr. Zamekis will go on to create meaningful and influential films in the years to come. One can only hope they will remember to starts with a good script, which they should entrust with people who would tell them the weaknesses of a story before the first day of shooting.