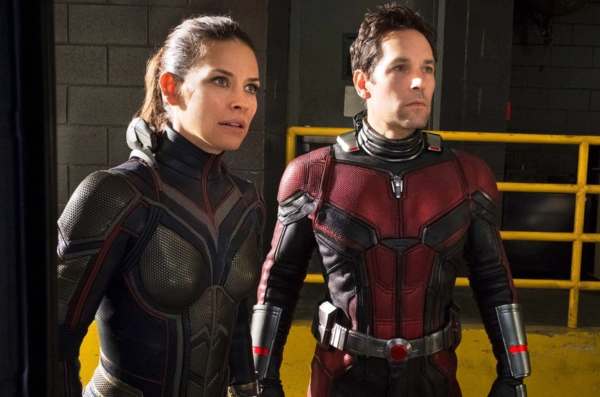 What is to be expected with the first Marvel movie following Infinity War? Well Ant-Man and the Wasp gave its audience exactly what it needed. Scott Lang/Ant-Man (Paul Rudd) and Hope Pym/Wasp (Evangeline Lilly) are back at it again and this time there is no holds barred for Wasp. There is no begging her father Hank Pym (Michael Douglas) anymore to put the suit as they are in search of something that has been missing from both of their lives for far too long. The knowledge she portrays with the suit and the split second decisions that are made just put everyone witnessing her work in a jaw dropping situation.

Not to worry Luis (Michael Pena) is back and better than ever. The duo of him and Ant-Man make this a laugh out loud kind of movie. The epic storytelling of Luis followed by the quick wit of Ant-Man ensures fun for any Marvel fan. The rebuilding of family seems to be a main focus for Scott Lang. Having the limited opportunity to spend time with his daughter along with the fractured relationship with the Pym’s helps him put his life into perspective. He wants to be the person that his daughter already thinks he is. (Sound familiar?) Scott’s daughter is also the person who is able to ground him. At such a young age she seems to understand what is going on with her father and wants to be his partner.

Hannah John-Kamen who plays Ghost is the villain that was not expected. She portrays another strong female character in this movie and with the assistance of Bill Foster (Laurence Fishburne) they prove that the Pym family is not the only one searching for a way to mend personal suffering. With Ghost on the loose and Sonny Burch (Walton Goggins) causing more issues for the good guys there are still many other things that our Heroes have working against them. There biggest threat is no single person but the overarching aspect of the Quantum Realm, which seems to be a growing aspect in not only this movie but for future movies to come. Watching them come together to rebuild a broken bond enlightens the whole scope of the Marvel universe after the devastating tragedy that happened in Avengers Infinity War.

The technology in this movie goes above and beyond what happened in the first one. Ant-Man and the Wasp step it up a notch by shrinking buildings and vehicles as well as using crafty ways to get out of sticky situations. From “truth serum” to oversized Hello Kitty Pez dispensers, this movie really does it all.

Let’s not forget Ant-Man’s biggest ally, the ants. The different ways that these insects are utilized really show the imagination that our characters have to offer. Oversized and rocking out, they assist in showing just how cool an Ant-Man can really be.

Overall the movie was definitely what Marvel fans needed after Infinity War. It shows off the kind of fun you would typically find in a Spider-Man movie. Ant-Man and the Wasp also shows how important these characters and their knowledge may be to a future Marvel installment… hint, hint Avengers 4…