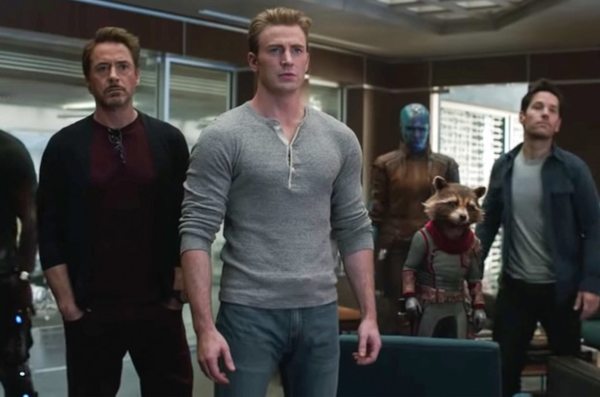 We’re all in the Endgame now.

Avengers: Endgame WILL NOT BE SPOILED. GET OFF THE INTERNET AND GO SEE IT NOW!

For those still looking for reasons to see this movie, well I can give you at least 22 of them.

The 22nd film and concluding chapter of the Infinity Saga of the MCU (Marvel Cinematic Universe), Avengers: Endgame (Joe and Anthony Russo’s direct follow-up to Avengers: Infinity War) is an emotional rollercoaster that will leave you satisfied with the time and money you have spent enjoying the fruits of the MCU’s labor over the last decade.

Although the MCU will go on, Endgame offers a payload that not only caps off phase 3 but also brings some gratifying closure to the saga that started with 2008’s Iron Man (starring Robert Downey Jr.) and birthed 2012’s Marvel’s The Avengers on the big screen. The movie starts out with a group of desperate survivors unsure how to move on after Thanos’ (reprised by Josh Brolin) devastating snap in the Infinity War that wiped out half of the universe.  Steve Rogers (Chris Evans) is encouraging people to move on even though he admits to Natasha Romanov (Scarlett Johansson) that they can’t. The squad finds a glimmer of hope in some of the players that were not available during Infinity War (Brie Larson’s Captain Marvel and Paul Rudd’s Ant-Man) as they move to confront Thanos and attempt to reverse what has been done.

For Tony Stark (RDJ), he has made peace with their new reality and is forging forward with a family of his own. Some have suffered from the loss more than others, however, as Rocket (Bradley Cooper) and Hulk (Mark Ruffalo) try to convince Thor (Chris Hemsworth) that he is invaluable in their efforts to avenge the fallen. Changed in a dangerous way by Thanos’ actions is Hawkeye a.k.a. Ronin (played by Jeremy Renner), and he is blazing a trail though the criminal underworld as a deadly assassin. When the plan comes together to perform a ‘time heist’ and snatch the six infinity stones before Thanos can, team-ups are formed and the adventure ramps up.

There are strong connections in the narrative to previous installments in the MCU (shedding new light on some of the lesser watched entries such as Thor: The Dark World), and cameos and references that remind you of all of the fun that’s been had with these characters over the past 10 years. The Easter eggs in this movie alone will have you wanting to go back for repeat viewings. The tighter focus on character development rather than your typical loud action set pieces gives Endgame an emotional backbone that resonates when each of our remaining heroes are called into action.  Nebula (a bone-chilling performance by Karen Gillen) in particular gets some much-needed screen time, and as a result we get a deeper appreciation as to what drives her character.

As if the movie’s first two hours weren’t emotional and entertaining enough, strap in for the third act. Clocking in at just over three hours, Endgame doesn’t even feel as long with the majority of the last 45 minutes to an hour occupied by a giant battle of truly EPIC proportions. Others will get into spoiler details, but this Avengers finale really is a sight to behold. What we are left with after quite possibly some of the most thrilling action we have ever seen from the MCU, is a sincere feeling that the MCU has been forever changed. As the new recruits charge forward and form new Avengers teams, the old guard will be retiring their jerseys one by one. It is nice that the original team that sparked this whole cinematic universe have a poetic adventure that pays homage to all of their accomplishments.

Both Infinity War and Endgame have felt like the most comic book-inspired pieces of film to date and, for different reasons, contribute to solidifying the MCU as the most compelling over-arching narrative in cinema. Avengers: Endgame serves as a beautiful terminus for the Marvel Cinematic Universe as we have come to know it over the last decade, and will stand the test of time as one of the greatest comic book movies ever made.