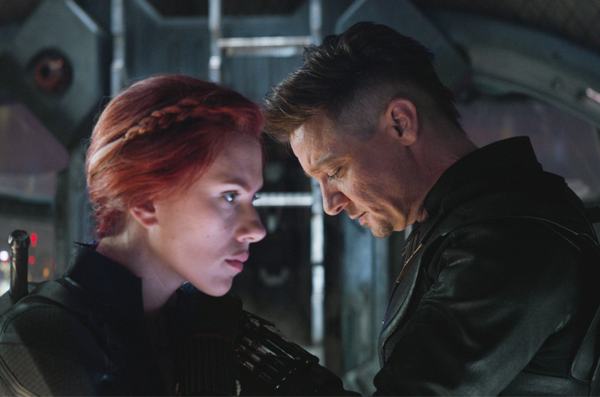 Avengers: Endgame premiered to the world only a week ago, and already the film has taken in over $1.2 billion worldwide, absolutely obliterating box office records for opening weekend in the United States and internationally. The latest installment in the Marvel Cinematic Universe is also sitting pretty well with most fans. I will detail my personal feelings for the movie in a non-spoiler section, and then give a somewhat detailed spoiler section to this review.

Non-spoiler: My excitement for this movie was at the highest level I have felt for pretty much any movie likely since Star Wars: The Force Awakens was released in 2015. During the movie I had a lot of different thoughts going through my head. During the first 30-45 minutes, I felt the pace was a little bit slower than I had initially expected. Once the overall objective of the film had been made clear, the pace quickened quite a bit, which helped add to my overall enjoyment of the movie. My emotions soared high and dove low at various points, given the stakes of what is happening and what the characters are trying to do. For being a 3 hour event, I never felt that the movie was too long for what it featured, which is something I have felt for some of the older Marvel films that didn’t have the same reputation as this one has so far. To finish off with the non-spoiler section, I left the movie fairly satisfied by what I witnessed. I was feeling the emotions of course, very fresh in my mind, but I was happy with how the film ended and with how the journey of the original 6 Avengers closed.

This movie starts right where Infinity War left off, but showing us Hawkeye, the skilled archer we all know and love as he watches his family turn to dust from the Decimation of Thanos. This brutal tone is one that is present throughout much of the movie, but we also get a solid taste of humor from most of the characters throughout, which is very fitting for any Marvel film. As expected, Tony Stark and Nebula return to Earth, with the aid of Carol Danvers or Captain Marvel. I will say that given the release of Captain Marvel only about 6 weeks prior to Endgame, I was a little bit disappointed that she did not have that big of a role in this film. She did throw down some punches on Thanos towards the end, but she did not have more than 20-30 minutes of screen time.

Overall the plot of Endgame is to recover the 6 infinity stones, whatever it takes, to undo the SNAP and bring back the other beloved characters who we have met through the last 11 years. It seems odd that with this plot, the Russo brothers decided to kill off the real Thanos in the first 30 minutes of the movie. The Avengers, along with Danvers, confront Thanos on his farm, where he reveals he destroyed the stones, having no further use for them. Thor strikes him down with little hesitation, but now the problem arises, how do they undo what’s happened? The answer lies with Ant-Man. After a 5 year time jump, he returns from the Quantum Realm thanks to a rat in the van that flips the switch on. The Avengers let him in the compound, Thor Dr. Banner, now professor Hulk, regroup with everyone and begin building a plan for traveling back in time to various events to recover each of the stones and bring them back to the present.

Stark is not with them initially, as he is spending time with his family, Pepper and his daughter. He hesitantly joins them when they explain the plan, and each go to their respective objectives (the stones). Hawkeye and Black Widow go off to the Vormir for the Soul Stone, Cap, Thor and Hulk go back to New York 2012, Nebula goes back to get the power stone in 2014, Stark re-encounters his dad the same year Tony was born to recover the Tesseract. The others I don’t remember off the top of my head, but the point is the Avengers each have their tasks ahead of them. Each of them ends successfully, but at a terrible price. Hawkeye and Black Widow only realize one must be sacrificed for the stone after being told by Red Skull. Black Widow falls to her death, so the Soul Stone can be obtained. With all of the stones in hand once they return to the present, Hulk decides to be the one to SNAP everyone back for the final fight against Thanos, who returns to the present by other means.

The fight erupts shortly after, and chaos ensues. Without going into too much detail, Captain America is found to be worthy of Thor’s hammer, only after his shield is smashed by Thanos. In the end, all of the Avengers (minus Black Widow) return to fight Thanos, including those who had been dusted. Iron Man performs the SNAP that wipes out Thanos’s army and the Titan lord himself. The effort unfortunately kills Tony, but the fight is won. The final moments of the film are emotional and beautiful. A funeral is held for Stark, and all the heroes are present. Thor leaves with the Guardians of the Galaxy, Captain America goes back in time to live his life, and even gets to dance with his beloved Peggy Carter. When he returns, in his old age, he hands down his shield to Falcon. No post credits scenes took place.

You feel the emotions of this film, especially as a hardcore fan, and no doubt fans will go and see this movie 2 or 3 times during its run in theaters. But Avengers: Endgame is a film for the ages, one that resonates with fans of this generation, older and newer generations to come. This is our Star Wars, and it’s been one hell of a ride!