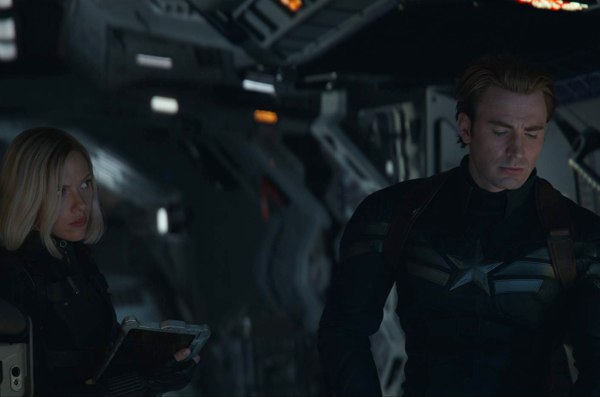 Went intentionally blind into this movie, regardless of the hype surrounding. Avoided the trailers, social media posts and even conversations with friends about it as much as possible. Just to get this sense of greater of excitement. Felt doing it since it prior movie, Infinity War, caught us off guard with its ending. It left us hanging without knowing what could happen next. So might as well see Endgame like everybody’s not talking about it.

The first half of the film was great. Again, the interactions between characters from different franchises was very entertaining to see. Examples include: Tony and Nebula playing paper football, the diner scene with Banner and Scott on their popularity as a superhero, or that little moment when Rocket annoys Carol about her new haircut. These are the stuff we needed to see. As always, Marvel’s humor is still on point. It has always been earned (though sometimes, it went too much especially with Scott, but that was tolerable anyway).

The second half of the movie, the “time heist” thing was the best bit (at least for me). Maybe because the concept of time travel was refreshing enough to get us excited and, yes, it was executed well. The actions scenes were action-packed (?). Like Infinity War, they chose the right peeps that would fit the character dynamics.

All of our left behind heroes were utilized perfectly with the right amount of screen time and dialogue. Everyone was balanced except for two characters, which we will get back to later. Huge praises for Nebula’s writing, she had one of the best arcs which was kind of overlooked. Scott’s character here is better than who he was in Ant-man & The Wasp. Thor stole every scene that he was in. Rhodes had his fair share of comedic moments as well, which was surprising. How the Russos rebranded Clint was one of things fans needed and it was satisfying to see it here. Almost everyone had well-realized motivations except for Carol and Okoye. Both were underutilized. There could’ve been at least a little more for them, especially for Captain Marvel since how they gave her that “big” build up. It was kind of disappointing.

Speaking of issues, the drama could’ve been heavier because it kind of gave me the impression that after what Thanos did, things got a little darker and our heroes are on their lowest point. With all the comedic interactions, I just craved for more deep, sympathetic, heartfelt connections between the left behind characters, despite their differences. They could’ve been the Breakfast Club, but with superpowers. Putting a little something in the center for this unexpected group. Just thought it can add more meaning (?) to the idea of crossing each other’s paths. The reason why I look at it this way is because Infinity War left us with a refreshing, yet grim atmosphere that was so fascinating. It may sound like a cliché plot device, but a superhero movie like Endgame simply deserves it.

One of the biggest praises here is that the Avengers in this saga, felt more human than ever. They were weak and expendable at this point, that is why I hoped that they embraced this idea to some extent. Played with it more. They could’ve emphasized on how the tables have turned for the heroes. That they are now the underdogs and Thanos is still on the upper hand. That could’ve added motivation resulting in a much more satisfying conclusion. I really don’t mind if this movie will take 5 hours or more just to get that sense (heck it didn’t even feel like it was 3 hours).

Overall, the flow of the story hits hard with unexpected elements, great action sequences and self-aware humor (?). The endings chosen for the major roles (Tony, Cap and Nat) were great calls. It’s just my subjective perspective hoping that they could’ve found a heart to this unusual ensemble.