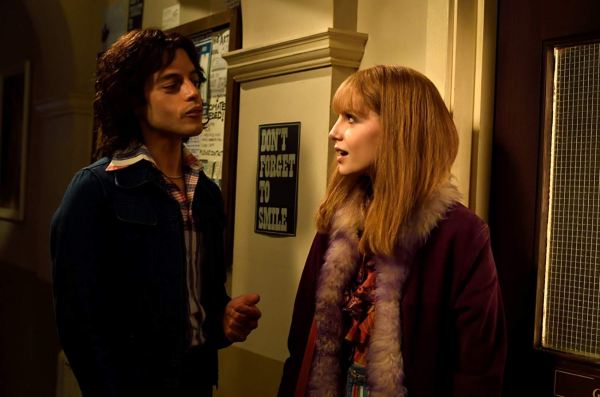 Queen is, without a doubt, one of the biggest rock bands in history. Therefore, when fans around the world heard about the upcoming biopic, we were both excited and apprehensive. Of course we couldn’t wait to relive some of the bands most iconic moments, like their Live Aid performance in 1985, but we were also quite worried that the movie might not do justice to the band and its leader, Freddie Mercury. Although there were some inconsistencies in the band’s history, overall, the movie was a beautiful look through the history of the band and its members.

The main cast, Rami Malek (as Freddie Mercury), Joe Mazzello (as John Deacon), Ben Hardy (as Roger Taylor), Gwilym Lee (as Brian May), and Lucy Boynton (as Mary Austin) did an incredible job portraying their characters. Malek was able to capture everything about Mercury’s essence, the energy he radiated on stage and off. One can tell, during the scenes where the band is on stage, that Malek is not only copying Mercury’s dance moves, but recreating them with his own flair.

Roger Taylor had a very specific and recognizable style of drumming, and Ben Hardy was able to replicate this very well. He even learned one of Taylor’s most difficult drum solos, at the request of Taylor himself. Mazzello and Lee both look remarkably similar to the people they were portraying. They were also able to replicate the mannerisms of Deacon and May quite well. The biopic was a very emotional experience for many watching it, even though it was quite fast paced.

The costuming was also quite impressive, especially for Mercury. The costume director, Julian Day, did quite an impressive job recreating many of Freddie’s most iconic, outrageous costumes, and the more reasonable outfits of his later career, like his simple Live Aid costume.

Though the movie did a fabulous job with many parts of the movie, there were most certainly some faults in the biopic. One of the most notable of these are the timeline inconsistencies. Another fault was the way that movie portrayed Mercury and Mary Austin as the main couple of the movie, when in reality, Mercury and Jim Hutton were together for many years, and Hutton was at Mercury’s bedside when he passed. The film also portrayed Austin as, frankly, much less problematic than she was in real life, according to Mercury’s last partner, Jim Hutton.

Though this movie most definitely had some faults in it, overall I personally enjoyed it very much. It was an emotional, heart wrenching film about one of the most iconic musical groups of all time, and despite the faults, I think Mercury himself would be proud.