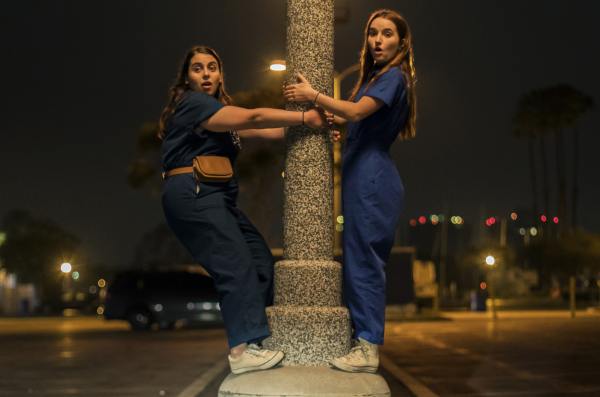 When reading the short description of Booksmart, it sounds just as average as any other high school comedy that has already crossed our screens. The basic premise for the film is the journey of long-time best friends Molly (Beanie Feldstein) and Amy (Kaitlyn Dever) to make the most of the night before graduation. The duos adventure is prompted by the realization that they were too focused on their studies and getting into Ivy League Universities to enjoy the social aspect of their high school experience. After Molly confronts three fellow classmates, who are presumed burnouts, she learns two of them are attending top-tier colleges, like herself and Amy, while the other will be working for Google. Rattled by the discovery that many of the students both partied throughout high school and excelled in their education, Molly and Amy set out to attend a party to make up for lost time, ensuing a comedic odyssey. The movie, however, is far from basic. It is rare to find a movie that intricately weaves humor and emotion into one cohesive unit and balances comedic and dramatic tones, making this a true coming-of-age film.

Booksmart serves as the directorial debut of Olivia Wilde and easily earns her the title “Most Likely to Succeed”. Armed with a talented and groundbreaking cast, a hysterical yet intelligent script, an all-female writing team, and a perfectly placed soundtrack, Booksmart ushers in a new era of comedy that challenges the traditional sense of teen centered films.

It used to be socially acceptable to trade in rude jokes about people of color, women, and queer people for a laugh. Films like Superbad, which Booksmart has been heavily compared to, fall guilty of this tasteless humor by exploiting these communities. What is refreshing about Booksmart is it manages to be humorous while being socially aware. While movies like The Breakfast Club, Clueless, and Mean Girls defined their respective generations, Booksmart transitions us into this day and age, making it an anthem for THIS generation. It adheres to the evolving social nature of our society through the representative aspects of sexuality, gender, and race.

There is widespread representation of LGBTQ characters, with one of the main characters, Amy, being a lesbian herself among others. The way Amy is portrayed makes her sexuality just another part apart her and not as her defining characteristic. Olivia Wilde told Buzzfeed News that “We wanted to tell a story that moved beyond what we typically see when it comes to queer characters, when it’s all about the coming out”. The dimension brought to her character, beautifully depicted by Dever, gives insight into a young woman confident in her sexuality but still dealing with normal teen problems, such as trying to make a move on her crush.

Booksmart shows a radical shift in the usual romantic scenes we see by making the only love scene in the film as a queer one. This radical decision elevates not only the LGBTQ community but also allows for heterosexual people to relate to it, making for an impactful and meaningful moment. The scene is brought to life by Amy and Hope (Diana Silvers). Hope is a standoffish, supposed mean girl who becomes Amy’s unlikely romantic interest. Although Silvers does not get much screen time, she brings an indelible facet to the film as she is a catalyst for Amy’s courage and shows us that not all stereotypes should be trusted. The depiction of the women’s love scene is revolutionary because of its realistic awkwardness and the emphasis it places on consent.

There are no background characters in Booksmart, as every character carries a different element. Gigi, hysterically portrayed by Billie Lourd, serves as a standout character because of the perfect strangeness and enthusiasm she brings to each scene. Some of the most memorable and entertaining moments are ushered in by Gigi and Lourd does a perfect job making moments last with this character. Some other notable performances come from Noah Galvin who plays George, a high intensity theater kid whose theatrics bring out the originality of the character, and Skyler Gisondo as Jared, the try-hard classmate determined to buy the affection of his peers. All the characters in Booksmart give an authentic performance that does much more than to just bring a laugh to a scene but rather carries the characters to a full arc. The entirety of this young cast spreads their passion throughout the film and illuminates the illuminates the nonstop humor.

Booksmart shares with us a stunningly heartwarming story of friendship and self-discovery. It is hilarious without being raunchy, touching without being cheesy, and beautiful without forcing feeling. You will experience a range of emotions within the duration of this film that will leave you elated and full of as much soul that was invested in this story.