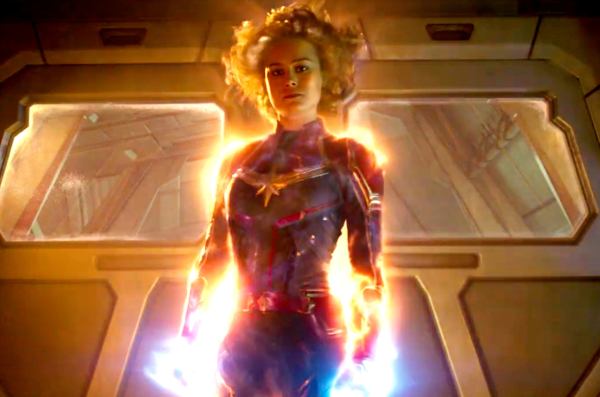 Thank you Stan Lee! The first Marvel Cinematic Universe movie after the death of a comic titan was not a disappointment. Incorporating a tribute to Marvel’s idol into the opening seconds of the film captivated the audience. Captain Marvel, directed by Anna Boden and Ryan Fleck (Co-directors of Half Nelson), was full of fun and excitement throughout the film. Brie Larson (Carol Danvers, Vers, and Captain Marvel) made her MCU debut, the feeling you get watching her on screen is similar to when Iron Man and Captain America were first released. The quick witty humor and personality traits showed that she is invested into the role. She is definitely making the character her own, meaning it may take some time for audiences to be as appalled by her as we are with Iron Man and Captain America. The future face of the franchise seems ready to dominate the MCU and challenge everything as we know it.

Long time Marvel Fans along with newcomers will get their money’s worth in laughs and action in this 90’s nostalgic throwback. The awesome dynamic between Brie Larson and Sam Jackson (Nick Fury) gave it a buddy cop kind of feel throughout the film. Their relationship seemed to immediately take off and the characters showed great chemistry in working together. Seeing the younger versions of Fury and Coulson (Clark Gregg) was just one aspect of the great CGI work that Marvel did for this film. The picture was flawless and the effects were nothing short of spectacular.

Seeing the Kree in their home planet of Hala created a whole other world that Marvel fans can dive into. Jude Law’s (Yon-Rogg) performance in the film creates a feeling of excitement. Every time his character shows up on screen he seems to be running the show and taking over scenes with his presence. Ben Mendelsohn (Talos/Keller) gleams bright as he puts on an excellent portrayal of the Skrulls. More depth into the hatred between the Kree and Skrulls would have been helpful for those not familiar with the comic history.  The film does display some slight story problems and may require multiple watches to understand how the film is structured. Do not let that take away from the high points of the film which easily outweighed the lows.

The main takeaway in the film was uplifting feeling it created. Captain Marvel taught us that powers are not the only thing that makes people heroes. She shows us that no matter how much she got knocked down, the desire to get back up and keep moving forward is incredibly strong. As she starts to understand her powers more we really get a feel for why this character is one of the most powerful we have ever seen on screen. The film just gets better and better as it swiftly moves along and we start to develop a powerful connection to the characters.

Everything is not always as it seems in Captain Marvel, from our star heroine down to our crowd favorite, Goose. This “flerken” cat steals the show and puts watchers at the edge of their seats as she is full of surprises. It would not be a Marvel movie without the after credit scenes. Ensure to stay and be ready for excitement as Avengers: Endgame is just around the corner. From serious to funny, this movie has it all and it does not disappoint avid Marvel fans. A truly fun movie that will leave you excited to see it again and enthusiastic to see what comes next.