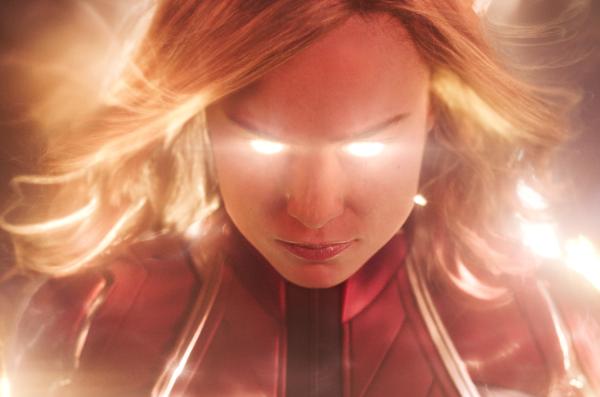 What do you expect to experience, when you go to another movie from Marvel? Maybe excitement to see your beloved heroes? Interest towards seeing some new ones? Rush of adrenalin, which will take you right into the action and keep you under the good kind of pressure until the very end? Or some funny moments and cameos that Marvel love so much? When I was about to enter the cinema hall, I surely was filled with hope to experience these things at fullest! As it was at The Avengers, like it was at the Guardians of the Galaxy. After all, it’s Marvel! What can possibly go wrong with Captain Marvel? Unfortunately, things did. Oh, yes they did. So badly and in so many ways.

So, before I start complaining about things, let us discuss some things that actually made the movie worth my time and money and did not make me go right to the ticket window to make a refund. Therefore, the first and, unfortunately, the last actor, which I was happy to see on the screen is Samuel L. Jackson. I can say with certainty that he actually saved the movie. His character is attractive and appealing, funny and serious at the same time, who in fact knows more than two facial expressions (hey there, Brie Larson). Isn’t it strange to read these innumerable reviews about how Marvel should have done the “Adventures of Nick Fury and the Goose Cat” instead of what they actually did? It really is, but there are some other characters who are somehow appeared appealing. The Skrulls, who were presented as villains at first, turned out to be the victims in the conflict. I personally admire their leader, Talos, who did his best to save his people and find them a new home. Well, what about Fury? He was accompanying the main character the whole movie just to make sure she will not do anything stupid towards the Earth, which was actually more than possible. He put her on the right path and helped her realize who she was and who she is, for which she was not grateful after all. However, this is still a thing to discuss.

Thus, here we are. Captain Marvel aka Carol Danvers, possesses great powers of throwing flames/lightning bolts/energy torrents in any direction from any of her limbs (only from her hands in the beginning). What can I say about her in particular? About her personality? She is egoistic, self-confident and rude to the others. Especially, if they are men. You already start to realize, where am I try to get you? Let us start with the actress first. Brie Larson is in this movie just for two things. To punch bad guys in any way she can and to take a heroic pose as much as she can. Thus, she has only two emotions on her face for the entire movie: wrath and apathy. Sure, there are scenes where she cries on her friend’s shoulder, but it’s really hard to believe. When I saw this scene, I had a feeling you have when a child obviously lies to you to get what he or she wants. Maybe there’s so much more about Brie Larson but this is everything we get to know about her and maybe it is just the movie that holds her talents back.

Now, back to the character. Have you heard about such thing as «character developing»? It is a path filled with obstacles for a character to go through so in the end she or he will become stronger/faster/smarter or just grow as a personality. Does it work in this movie? Hell no. In the very beginning, we get to see Carol fighting with her mentor and it takes nothing for her just to give in to her anger and push him back to the wall with her energy stream. She was excessively powerful in the beginning, but she will not stop there! Through the entire movie she will be used as a mere instrument for victory by the both sides of the conflict and that is it! In the end, she will become so strong, that she will be capable of things such as throwing ballistic rockets into each other or destroying capital spaceships with her bare hands.

What I understand here is that Marvel tried to give us a strong female protagonist, which had been already done by them and they were very appealing in Avengers (Black Widow or Scarlet Witch). Let’s get back to the character developing. Do you remember such character as Luke Skywalker from the Star Wars franchise? He had his time to develop his character so well, that you really start to believe him. It took him 3 films to become a Jedi Knight and it took… Like, Carol did not take any time training or suffering on her way to success, she was just constructed backwards as a character. Luke was a mere farmer boy in A New Hope, he did his best to learn the ways of the Force in The Empire Strikes Back and also lost his hand and in The Return of the Jedi he finally achieves his final form as a well-skilled warrior which is quite interesting to watch, what I cannot say about Carol.

It is like reading a fanfiction of a 10-year-old girl, who drew herself as a hero and started giving herself all kinds of possibilities but no weaknesses. Every character should have a weakness, otherwise even such a great studio, as Marvel will be compared to a 10-year-old girl. Don’t you think of me as a hater towards Marvel or a sexist. There certainly are great female character by Marvel and other studios. If we get back to Star Wars, we should remember Princess Leia Organa, who has no outstanding abilities at all, she is a mere woman. However, she led the Rebel Alliance as a General of the Rebellion and brought them to victory no matter what. This is the strong female protagonist, who is interesting to watch, unlike Carol. Danvers has no real obstructions on her way. Everything that the movie gave against her, was beaten/crushed/totally destroyed without any mercy or even trying.

Overall, what can I say? This movie could have been much greater than it is only if it would have well-written main character and her motives, because, as I mentioned before, in this movie she was a mere instrument of war. Marvel just followed the tastes of feminists, so popular and influential these days. I have nothing to say about them, because I have nothing against them. However, they ruined a movie with great potential, which they will probably never watch. It is a solid 2 out of 5 thanks to Samuel L. Jackson, Goose, Skrulls, great graphics and a good music accompaniment. I hope, Marvel will develop her character more in the last Avengers movie, but it is still a big question…