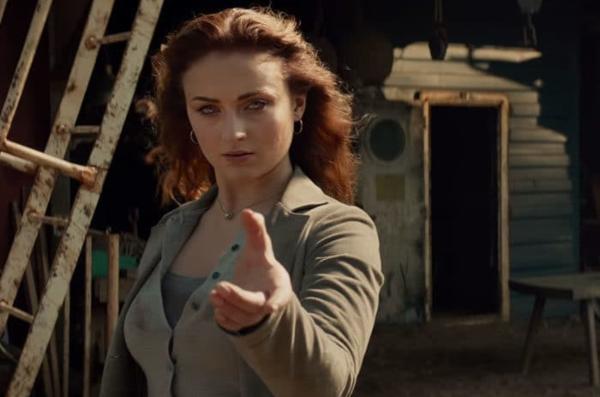 In what feels like an attempted conclusion of the most recent attempt to tackle the big screen X-Men world, director Simon Kinberg revisits the iconic Dark Phoenix storyline before the franchise falls into the hands of Disney.

Returning to our now familiar characters, Dark Phoenix follows the corruption of Jean Grey (Sophie Turner) by the mysterious Phoenix force – which in this film is presented as a solar flare – when the team takes to space investigating a distress call. Seemingly absorbing this power, a conflicted Grey flees the care of the X-Men Mansion and its patriarch Charles Xavier – smartly played by James McAvoy – from where she runs afoul of some very powerful individuals all with their own nefarious agenda.

Kinberg is an interesting choice as it was he who oversaw the largely underwhelming X-Men: The Last Stand back in the Ian McKellen and Patrick Stewart days, a film which also looked to tackle the Jean Grey character. Apparently dissatisfied Kinberg has returned to finish the job, making up for his earlier disappointment.

From almost start to finish the film suffers rather obviously from the fact that it is not a Marvel product, and it is neither brave enough or poor enough to truly stand on its own two feet. The tone is broadly comparable to MCU films even if habit of punctuating moments of tension with superfluous humour has been toned down somewhat.

Throughout much of the opening exchanges I was mostly on the lookout for when Michael Fassbender would turn up and hopefully inject some charisma and much needed pathos into proceedings. However, when Fassbender did show up even he and his considerable powers appear to have been contaminated by the film with the German born Irishman only appearing to briefly muster any enthusiasm for a set piece or two.

There remains a general feeling within the film of it being an exercise in ticking boxes, the customary character conflict between friends, the derivative way in which the threat is introduced and the revisiting of one’s past are all done in a way which lacks any sense of film making courage.

We have simply seen all of this before and it is made all the more frustrating when the more admirable aspects of the film are remembered. For instance Dark Phoenix moves with deft assurance at certain points, namely tackling morale questions of effectively government mandated X-Men missions and the fragility of human – mutant relations. Given the film revolves around the Jean Grey character and her internal struggle it is imperative we get a good, convincing and dynamic performance from Sophie Turner and we do, with her proving she can for the most part hold her own against her older, more acclaimed co-stars

The set pieces do carry a certain gravitas through a greater appreciation of film making imagination not always found in the MCU. The last half hour of Dark Phoenix is easily its best because of this and there is one particular, quite long sequence which is really thrilling and engaging mostly due to the sense of heft and verisimilitude behind the action.

Outside of these moments and despite the power of its star studded cast Dark Phoenix plods to a conclusion with all the energy of fulfilling a contractual obligation, shame really, these are beloved characters that deserve better treatment.