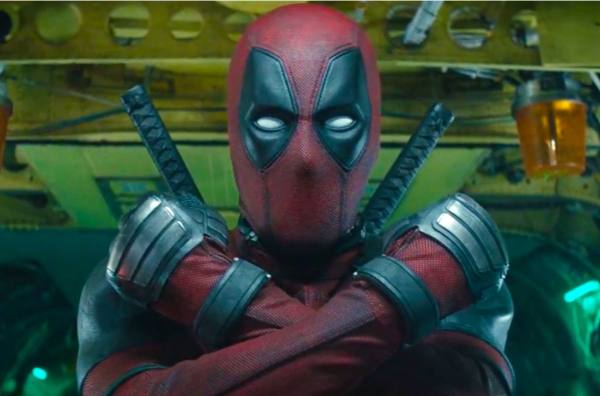 After unexpectedly taking the world box-office by storm in 2016, the violent, potty-mouthed hero-in-red is back, and although it mostly delivers just more of the same, this time around there are some stronger supporting characters to help balance its star’s one-note schtick, as well as a better director who gives the endeavour more style and kick.

Opening with a nod to You Only Live Twice, we see our titular character (Ryan Reynolds) apparently, and explosively, killed off, but since this is a hugely profitable studio franchise, it can all be taken with a grain of salt. The story then rewinds six weeks to detail the incidents that lead to Deadpool making such a drastic decision, which largely involves his loving girlfriend Vanessa (Morena Baccarin).

Deadpool, now a global crime fighter, reluctantly ends up back at the X-Men mansion, but agrees to tag along with Colossus (voiced by Stefan Kapicic) and Negasonic Teenage Warhead (Brianna Hildebrand), when a call is made to assist at an orphanage, where young mutant Russell (Julian Dennison) is causing trouble. Once there, it is obvious that the commotion was instigated by the abusive treatment inflicted upon him by the almost evangelical Headmaster (Eddie Marsan), and as usual, Deadpool’s antics causes mayhem instead of a quick, peaceful resolution. Russell however sees a possible ally in the unpredictable red menace.

Complicating matters is the arrival of a mysterious time traveller by the name of Cable (Josh Brolin), who has come from the future to specifically target Russell, and attempts to carry out his mission with Schwarzenegger-like determination. Not knowing who this intimidating assailant is, and why he is obsessed with the young mutant, Deadpool tries to put his own team together to save Russell and stop Cable, which includes new recruit Domino (Zazie Beetz), whose main power is luck, something the group are in short supply of.

I was not a fan of the first film, which beat the one joke to death loudly and repetitively, so I had very low expectations for the sequel, so it is nice to say that this more elaborate follow-up is better-than-expected. It still goes a little too out-of-its-way to say that it is a self-aware, R-rated superhero film (yes, we do realise that), and Reynolds’ non-stop stream of one-liners are again extremely hit-and-miss and border on monotonous, but other factors are a noticeable improvement, starting with some refreshing new faces that surround its main actor.

Brolin is definitely a welcome addition, bringing much needed dramatic weight to such irreverent material, even if it seems strange seeing him play a Marvel antagonist so soon after Avengers: Infinity War (Cable’s initial entrance amusingly references The Adventures of Buckaroo Banzai). With Deadpool and company facing off against a formidable opponent, their quest feels ever so slightly more consequential. Dennison (who was wonderful in Taika Waititi’s Hunt for the Wilder People) is another asset, making the conflicted Russell more accessible, and the producers should be commended for allowing him to keep his natural, New Zealand accent. There is also a sweet-natured turn by Shioli Kutsuna (Unforgiven, Bitter Blood, Oh Lucy!, The Outsider) as fellow mutant Yukio.

Ryan Reynolds is a likeable-enough actor, but his comic sensibilities are an acquired taste, with a little bit of its antics going a long way. Reminiscent of Chevy Chase in the late 70’s and early-mid 80’s, Reynolds has a similarly self-confident persona and rapid-fire delivery, but for every ad-lib that hits, too many simply miss the mark. With Reynolds credited as co-writer this time (alongside returning scribes Rhett Reese and Paul Wernick), the comedic inconsistency is somewhat more noticeable this time, while moments that may need to be taken seriously fall flat, clashing with the film’s dismissive, cynical tone. However, when a bullseye is hit, the results are inspired, such as a subplot involving Rob Delaney as Peter, or when Deadpool complains about two particular songs sounding strikingly similar to each other.

Overseeing all the destruction, profanity, and pop culture references on this occasion is David Leitch, and his handling of the numerous, large-scale set-pieces is decidedly crisper, meaner, and punchier. Having worked as a co-director on the surprise hit John Wick, then taking the reins solo for the maddeningly uneven Atomic Blonde, Leitch stages and executes the action with more confidence and sheen than predecessor Tim Miller. Production values are considerably higher too, understandable given the first film’s enormous financial success.

Like all superhero films, Deadpool 2 is too long (by at least fifteen minutes, with a Get Smart-style scene near the end which seems to go on forever), and there are rehashed jokes that have the same middling effect (the jokey opening credits being a prime example), but for all its flaws, this is a mildly entertaining sequel, improving on a film that was more irritating than innovative. Make sure you keep your eyes open for some surprises, and as is stock-standard now for a Marvel-themed picture, make sure you stay through the ends credits.