The movie starts with a short war sequence set in Belgium in 1914, where we get to know the origin of Poirot’s infamous moustache story. While vacationing in Egypt, Poirot meets his friend Bouc and gets introduced to his mother Euphemia, (Annette Bening) who is a famous painter. Poirot joins the newly wedded couple Linnet Ridgeway-Doyle (Gal Gadot) and Simon Doyle (Armie Hammer) who are celebrating their honeymoon in a cruise ship sailing down the river Nile. Simon’s ex Jacqueline de Bellefort (Emma Mackey), who also used to be Linnet’s childhood friend, obsessively stalks him everywhere. Multiple murders happen on the ship and Poirot once again finds himself in an obscure situation where he has to question the motives, discover the clues, solve the puzzles and eventually detect the murderer.

Although the twist is somewhat predictable, (it was written in 1937, after all) the mystery involving the carmine paint bottle does pay off well in the third act. There is a very strange sequence involving Gal Gadot in a gimcrack Cleopatra cosplay, which was completely unnecessary for the plot development. No, we are not interested in some gratuitous foreshadowing of Gadot’s upcoming Cleopatra film.

Michael Green’s screenplay superimposed with Christie’s murder-mystery novel brings some conspicuous changes in the film. Cinematographer Haris Zambarloukos encapsulates a glamorous, aristocratic affair in an archetypal Hollywood style. The framings involving the Ramesses and pyramids were well done. There’s some unwarranted CGI though, which could’ve been avoided. Editor Úna Ní Dhonghaíle, who previously worked with Branagh for All Is True (2018) and Belfast (2021) collaborates with the Academy award nominated director for the third time. She does her best with the given material.

Kenneth Branagh is convincing and likeable as Poirot. Compared to Murder on the Orient Express, Branagh brings out new facets of Poirot, emphasizing more on his human side and an emotional connection with Bouc, especially during the climax revelation. Emma Mackey portrays the role of Jackie really well. As expected, both Armie Hammer and Gal Gadot’s acting is substandard. The supporting cast includes Tom Bateman, Annette Bening, Russell Brand, Ali Fazal, Dawn French, Rose Leslie, Sophie Okonedo, Jennifer Saunders, Letitia Wright and Susannah Fielding. All of them play their respective roles with ease. Sophie Okonedo as the jazz singer Salome Otterbourne oddly reminded me of Angela Bassett.

Kenneth Branagh’s style of direction is pronounced and theatric like always. However, it’s quite compatible with Agatha Christie’s classic whodunnit universe. Death on the Nile stays afloat despite the underwhelming cast compared to Murder on the Orient Express. Branagh’s Death on the Nile is certainly not a great movie, but it does make a perfect Sunday watch when you’ve got nothing else to do. 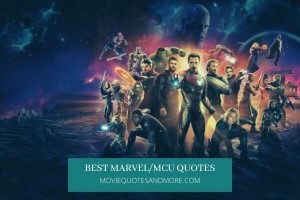