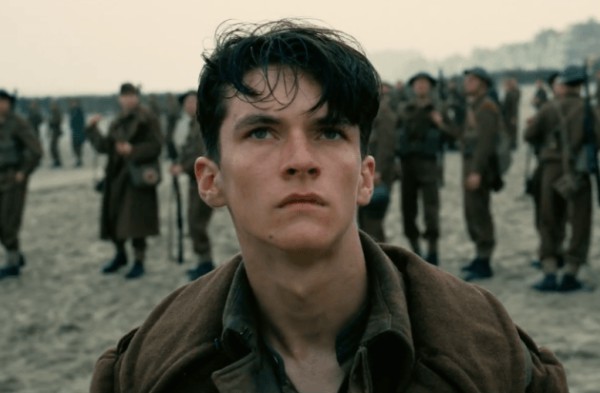 Walking into a film about any iteration of war, the audience expects certain conventions to be met. We anticipate ordinary men and women being helplessly thrust into extraordinary situations, which despite great fear and trepidation they overcome through not becoming selfish despite the sheer terror, and consequently shining a light on the pure good inherent in all of us via courageous acts of selfless heroism both large and small. Incomprehensible violence is another convention present in almost all war films, that has the audience gripping their seat as they follow the narrative to the darkest corners of humanity. However the most prominent aspect of the war film I would argue, is horror.

The recurring depiction of primal fear etched onto the faces of characters as they await a seemingly inevitable, gruesome fate whilst witnessing atrocities seemingly a reality only in our worst nightmares, yet a reality that we come to realise has truly occurred in our world at one time or another. All in all, war films are sobering experiences for the audience, and as horrifying imagery and tales make up the core of almost all of them, this leads many to believe that is what makes them so effective.

However, in Dunkirk, director Christopher Nolan courageously subverts genre conventions of deep characterisation and relentless horror in favour of a relentlessly invasive atmosphere of terror to form a new beast entirely, one that shocks you, has your heart pounding and refuses to let you go for even one second of its 106 minute runtime. It has led to an unforgettable piece of work.

The events depicted in Dunkirk take place in 1940, as British and Allied troops have been pushed back by the advancing German army to the French seaport of Dunkirk. With very few resources remaining and a crumbling line of defence, the men simply await their seemingly inevitable fate, yet nevertheless pray for a miracle.

The first thing that will strike you about this story, is the sheer terror that must have been inherent in the hearts of the men not only on the beach, but also those back in England where they awaited an imminent invasion with no army to defend themselves. The stakes were high. Terror was unfalteringly in the air, and there was an unspoken sense of dread all around as the Allies awaited imminent destruction from a seemingly omnipotent enemy, and Nolan captures all of these emotions exquisitely. Whether it’s the nonlinear narrative that throws us around creating a sense of uncertainty and confusion in the audience mirroring exactly how the characters feel as they fumble around in the dark, or the sharp, intensive diegetic sound that cuts into you and makes you feel like you could be hit by a stray bullet at any given moment. Nolan masterfully uses cinematic language to get the film’s hooks into you and refuses to let them go.

Furthermore, the cinematography of Dunkirk is incredibly striking and is by far one of the standout aspects of the film. The film is shot with IMAX cameras, and it really does show. Spitfire dogfights feel intense and realistic as the action unfolds using visually stunning practical effects as opposed to CGI, adding another layer of real threat to the film, as everything feels authentic, visceral and claustrophobic, leading to the sense that all these characters truly are in real, perilous situations. We see close ups of actors such as Harry Styles (who notably really holds his own here) and newcomer Fionn Whitehead who provide great performances that in unison with the deeply detailed cameras allow for every expression to have meaning and allow us a window into the minds of these characters, their pure thoughts and feelings.

It could be argued that Dunkirk isn’t a complete success as Nolan has taken the liberty of prioritising atmosphere over character, as it’s difficult to pick out a unique character leaving the film, the lack of dialogue contributing to identifiable faces instead of personalities. Personally I would argue that this is not too much of an issue here where it would be for me in other films. Although I can’t remember the names of any of the characters leaving Dunkirk, what I will remember is the scale of this epic, the striking score by Hans Zimmer beautifully complimenting each and every soaring victory as well as crushing defeat, and the visually stunning shots juxtaposing claustrophobia and freedom through cuts between land, sea and air further adding to the inescapable sense of helplessness the audience feels, mirroring the terror on screen.

The only real flaw I can find with Dunkirk is that although in the long run Nolan’s decision to make the narrative incredibly nonlinear pays off in order to have a convergence at the end illustrating all the cogs coming into place allowing for the ‘Miracle’ of Dunkirk, until about halfway through the film it is quite difficult to deconstruct how the three timelines are unfolding in relation to one another, which could potentially lead to some level of frustration for the audience as they feel lost. However, this slight issue is not enough to weigh down the fact that Dunkirk is undeniably one of Nolan’s best films; it is unlike any war film I have ever seen. A terrifying, breathless and horrifying yet undeniably beautiful portrait of people of all ages, genders and nationalities coming together to help one another in the most desperate times of need. It is beautiful, crushing, hopeful and tense all at once, and it is an experience I won’t forget for a long time to come.