Here is our list of the top 15 quotes from this wonderfully unique sci-fi romantic drama directed by Michel Gondry and written by Charlie Kaufman. The story follows estranged lovers Joel Barish (Jim Carrey) and Clementine Kruczynski (Kate Winslet), who after breaking up, decide to undergo an experimental procedure to erase each other from their memories. 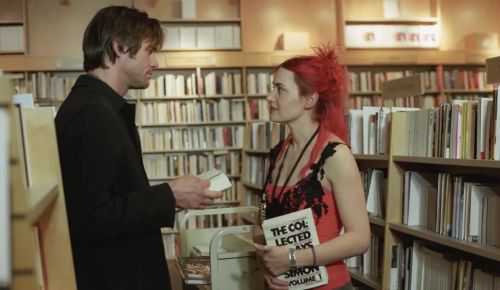 'How happy is the blameless vestal's lot. The world forgetting, by the world forgot. Eternal sunshine of the spotless mind. Each prayer accepted, and each wish resigned.' - Mary from Alexander Pope (Eternal Sunshine) Click To Tweet

[as he’s taking the train to Montauk]
Joel Barish: Random thoughts for Valentine’s Day, 2004. Today is a holiday invented by greeting card companies to make people feel like crap.

[after Joel and Clementine notice each other during their trip to Montauk]
Joel Barish: Why do I fall in love with every woman I see that shows me the least bit of attention?

[as Joel is getting prepared for having his memories of Clementine erased]
Joel Barish: Is there any risk of brain damage?
Dr. Mierzwiak: Well, technically speaking, the procedure is brain damage, but it’s on a par with a night of heavy drinking. Nothing you’ll miss.

[Mary quotes from from Friedrich Nietzsche as she’s making a toast]
Mary: “Blessed are the forgetful, for they get the better even of their blunders.” 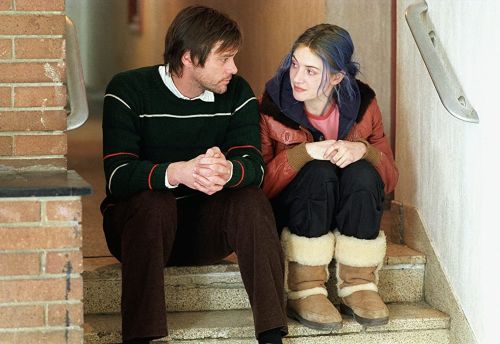 [to Stan, whilst they’re smoking a joint looking after an unconscious Joel]
Mary: You look at a baby, and it’s so pure, and so free, and so clean. And adults are like this mess of sadness and phobias.

[as he’s having his memories of Clementine erased]
Joel Barish: I could die right now, Clem. I’m just happy. I’ve never felt that before. I’m just exactly where I want to be.

[as Joel is having problems recalling his life before Clementine]
Joel Barish: Oh, man! I can’t remember anything without you.
Clementine Kruczynski: [sighs] That’s very sweet. But try, okay? 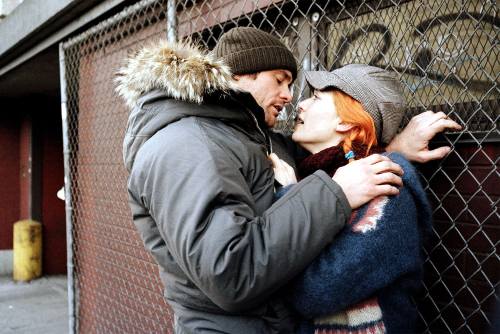 'What a loss to spend that much time with someone, only to find out that she's a stranger.' - Joel (Eternal Sunshine of the Spotless Mind) Click To Tweet

What do you think of our list of Eternal Sunshine of the Spotless Mind quotes? Let us know in the comments below as we’d love to know.