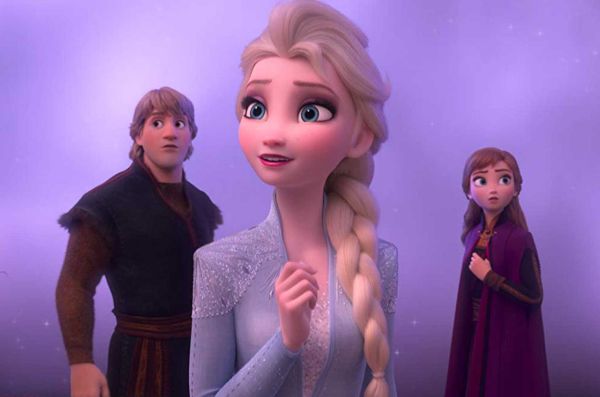 Attention parents, caregivers, friends, family, and basically anyone that knows a kid; if you think you have to sit through a boring Frozen sequel I am here to tell you one thing; you don’t have to. Because Disney and the partnership of Jennifer Lee and Chris Buck NAILED it with Frozen 2.

While I have never been a fan of Disney sequels, I have to say this one is different. As I sat in the theater and watched Frozen 2 with my five year old, an organic love for the movie grew. I was shocked that this movie captured my attention the way it did. Seriously, the trailers did not do this movie justice. But it did capture my attention because almost every line hit on a major theme or is a good life lesson thus packing in a lot of content in an hour and 45 minutes.

Let’s face it. Disney’s genius lies in the way they simplistically entertain children while having deeper messages in the story line suited for adults. Frozen 2 was able to do this flawlessly. My five year old LOVED this movie but an older child might understand the themes better. Even as an adult I left the theater wanting to watch it again as I realized the themes and lessons of the movie.

Simply put, it’s about Anna and Elsa embarking on a journey to discover why Elsa has magical powers. The girls end up discovering a secret behind their parents untimely deaths and the plot grows as the characters learn about themselves. The movies’ layers are peeled back a little bit at a time as each character goes through their own self-discovery.

Let’s talk about the differences between the two movies. The original Frozen gave us a prolific, award winning soundtrack and the cute surprise at the end that the theme of love can transcend romantic love. It gave us the tale of sisterly love in a way never portrayed before. (Definitely a far cry from Cinderella and her step sisters). Frozen 2 gives us a good soundtrack but its claim to fame will be providing the audience with life lessons and in depth character development.

The music of Frozen 2 is good but the songs are not going to get stuck in your head for weeks or end up as memes like the infamous “Let it go” or “Do you want to build a snowman?” But with all that being said I actually prefer Frozen 2 because of the well-developed plot and character development.

While it had the themes of friendship, family, and sibling bonds it also added culture, personal transformation, female empowerment and integrity. It also showed us that guys can have a sensitive and emotional side.

The movie starts out with the young girls remembering a story their parents told them about an enchanted forest. It gives us a glimpse of the Northuldra community, an indigenous society who wanted peace with the more “civilized” Arendelle. As the girls embark on their journey to discover the truth about their ancestry Anna and Elsa must come to terms with decisions made by their family to oppress this community. I felt Disney took a deep dive into this culture showing us how they honor nature, animals, peace, music and community. Their identity was evident in their clothing and we saw their values and rituals. One Northuldran man, Ryder, even shows Kristoff their traditional way of proposing. I also felt like it might have been the most genuine way Disney portrayed indigenous people and I really felt a connection to the new characters.

The theme of personal transformation is one of the largest themes in the movie. It is very apparent with Elsa. She is the sister that always felt different, like she doesn’t belong living in Arendelle let alone ruling it. We see Elsa go from serious and awkward at times to “stepping into her power” and finding her place in the world amongst the Northuldra. Her personal transformation is probably the greatest as we finally see Elsa find her identity and feel comfortable in her own skin.

Anna goes through a personal transformation as well. We see the core spirit that makes Anna who she is but also see her integrity grow as she takes on more adult responsibilities. Throughout the movie she presses upon the importance of “doing the next right thing” as we see her express in her solo song.

I can’t express my appreciation for these themes enough. I think it’s important for young people to see that it’s never too late to find yourself. Also the importance of integrity and doing the right thing never goes out of style.

Female empowerment is a theme Disney has gotten better at since the 1990’s. As the years go on, they stray away from the “damsel in distress theme”. We saw females rise up with characters like Pocahontas and Mulan but always with a bit of controversy. Frozen 2 shows us that females can be multifaceted. They can be political leaders and still fall in love. Or that two sisters can work together to unite two cultures, ruling with integrity while reconciling a troubled past.

I also love the way Kristoff is portrayed. We see a more sensitive male figure as he hopes that his relationship with Anna can last throughout this journey and for once we see the male pine over the female instead of the stereotypical opposite.

There was also a lot of comic relief from everybody’s favorite snowman, Olaf. Most of his moments discussed maturity, growing up and accepting change. As Olaf matures he even discusses only worrying about things in our control, something we could all use a little reminder about. I felt Olaf was much more of a central character in this sequel, was much funnier and even sang a bit more.

I think the sign of a good movie is when you can walk away with great quotes. To my surprise this movie has quite a few. The one that stuck out the most to me was from a new character, Mattias a soldier from Arendelle’s army trapped in the enchanted forest for 35 years. He urges: “Be prepared. Just when you think you found your way, life will throw you into a new path.” Well if that isn’t one of the hardest truths I have had to learn as an adult. That quote really resonates with me because it’s something that I find so much truth in and a great lesson for kids to learn early. I want the next generation to be prepared for the world, know their worth, live with integrity and always do the right thing. This film is a great example of this.

I give this movie five stars, two thumbs up and say: don’t wait to see this movie. A surprisingly brilliant and well thought out movie for everyone to enjoy. Go out and see this movie before it leaves theaters. It’s fun for the whole family and a lot of great life lessons to talk about for a long time to come.