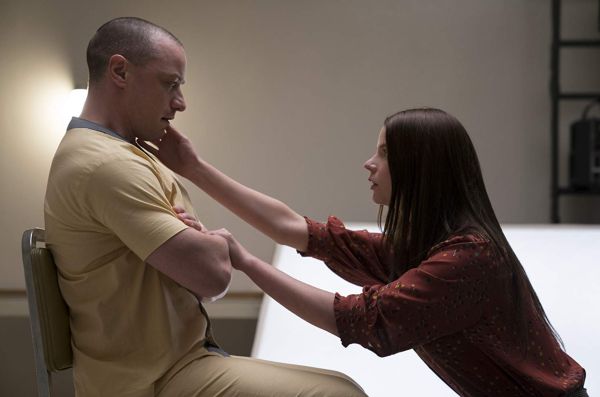 Here it is, folks… the third movie in a trilogy that no one saw coming. A trilogy written and directed by M. Night Shyamalan, a man of many talents, who has had some hits and some misses. Some very large misses. But that doesn’t go without saying that this man has major skills, from both the writing and directing stand-points. Since Unbreakable was a movie that I really liked and Split was a surprisingly good movie that surprisingly tied into Unbreakable, it’s no surprise that I was looking forward to Glass. Wow, I used surprise way too much in that sentence. I was hyped for this movie. Now, listen kids. Riding the hype train is risky business. Sometimes you will end up like David Dunn, completely unbroken and unphased (which is a good thing). Other times, you’ll just end up like the rest of the passengers on David’s train… dead, but on the inside.

So, is Glass any good? Or did Manoj Night Shyamalan once again let his fans down? The verdict is… it’s okay. It’s not the best Shyamalan film, and is most definitely the worst in his superhero trilogy. But, this movie is not a total train wreck. There is a lot to love. All of the actors in this movie do an amazing job. Even Bruce Willis, who has been known for not really putting a lot into the movies he’s been starring in. In this movie, it really feels like Bruce enjoys playing the character of David Dunn. James McAvoy does an amazing job, once again, as Kevin Wendell Crumb and his other personalities. Samuel L. Jackson is still terrifying as Mr. Glass. Sarah Paulson was pretty good, too. Shyamalan does a great job writing and directing. You can tell that he loves this movie and that he wanted to do a lot with it.

This movie follows Unbreakable’s traits of not being a typical superhero movie, which is sort of a relief in this day and age. It includes scenes from Unbreakable, including a deleted scene from the 2000 movie that was included in this one. It also takes some horror elements from Split. So, there is a nice mixture here. I am glad this wasn’t a full-on action movie, too. It kept the same feel as Unbreakable. There was action at the end, which was fun to see since we hadn’t really been able to see David Dunn’s powers in action before. Yet, it wasn’t full blown action. This is a character piece, just like Unbreakable and Split.

The problems I have with the film come from the fact that while this movie is titled Glass, Mr. Glass (Elijah Price) and David Dunn almost feel sidelined. This feels more like a movie for Kevin, or the Horde, which is disappointing because this was advertised as an Unbreakable sequel. It still is, yet it doesn’t feel like a good ending to complete the trilogy. Shyamalan wanted to conclude Dunn’s, Kevin’s, and Price’s stories all in one movie, and it just felt like too much sometimes. I won’t get into spoilers, but a lot of the events that happen in the end just didn’t do it for me. I did think, however, that the main big twist was smart.

This is a smart movie; don’t get me wrong. Shyamalan is a great writer with many ideas. Sadly, he has many ideas that he likes to throw into one movie, which doesn’t always work. This is not a bad movie at all. It just feels like he had so many things he wanted to do, but couldn’t decide which ones to cut… so he didn’t cut any. This movie was disappointing, but is not terrible at all. While it might not be the Unbreakable sequel I wanted, it is still a decent movie none the less.