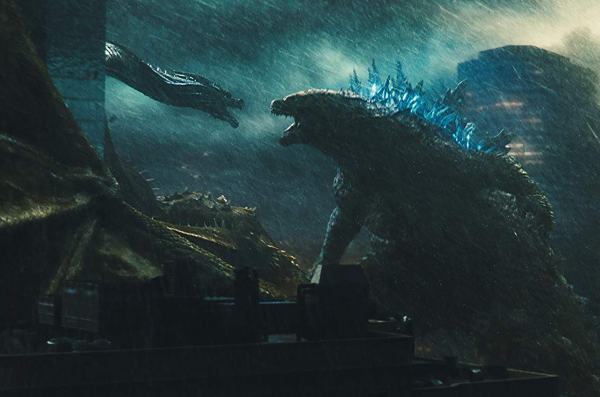 Godzilla: King of the Monsters has been highly anticipated ever since Legendary’s Monsterverse has been announced. This is a sequel to the 2014 movie, Godzilla, and is directed by Michael Dougherty. It has a plethora of stars including Kyle Chandler, Vera Farmiga, Millie Bobby Brown, Sally Hawkins, and Ken Watanabe. The film takes place when a group of eco-terrorists plot to release Ghidorah and the other awakened titans. This leaves Godzilla as humanity’s last hope as he prepares to face his rival once more.

This movie had me on the edge of my seat from start to finish. I struggle to understand all the hate towards this film as I found it to be very enjoyable. I had a blast watching it! Dougherty definitely listened to the fans from the 2014 film and delivered more Godzilla (which I loved every moment of). Until now, I was never into Godzilla and the lore behind him or the other titans; but the film definitely showed us why he is the King of the Monsters. I also grew to love the other titans and their stories. There were a lot of amazing scenes displaying how huge and amazing these monsters are. There were a lot of scenes with Mothra, Queen of the Monsters, as she was absolutely breathtaking!

The fight scenes between the titans were put together amazingly. There was one scene with Rodan that stood out to me and you’ll know it when you see it! As you watch the movie, you become invested in all of these monsters and they keep you on the edge of your seat through every second. In a way, this also was detrimental to the movie. Since it started off with a bang and you have monster fights basically throughout the entire movie, the final battle at the end didn’t have much of an impact on the audience. It was just another fight but with a more significant ending. The fight was still thrilling nonetheless, but in the 2014 movie, the final battle at the end had more of an impact because we were craving it! It was the final moment where Godzilla ended the battle with the MUTOs for good and maintained his dominance. That’s why we loved it!

In this film, we’ve already seen Ghidorah and Godzilla fight, so we already had an idea of what the outcome would be. Other than that, the utilization of the other titans created a very enjoyable film. They also dwelled deeper into the lore of these monsters, like where they came from, why they were there, and more. I personally enjoy learning about history, so I loved that they included their different backgrounds. However, I am aware that not all people do, (my sister slept through that part of the movie) but I enjoyed it quite a bit. It definitely helped to explain how godly these monsters were to humanity.

I also loved the world-building in this movie! They had a lot of environmentalism in the film which I enjoyed. It portrayed the role that the titans played and how important they were, despite the damage that they were capable of causing. It demonstrated how people had to cope with living alongside these monsters. Honestly, this film could and should be a ride in an amusement park. There were scenes suitable for waiting in line that explained what was going on and scenes that made you feel like you were actually there for the ride! If you’ve ever been on the Spider-Man ride in Universal or a ride similar to that, you know what I mean.

Now, regarding the side that has been receiving a lot of hate lately, the human side of the movie. I understand why people felt like the plot was stupid or it was lazy, just an excuse to release the titans, but I don’t entirely agree. Yes, there were some moments that were kind of stupid that you saw coming from a mile away, but it didn’t make up the entire plot. I was actually pretty invested in the human characters, there were many that I cared for. However, that was kind of a problem for me. I felt like the human side of the movie was very overcrowded. There were a lot of important people in each scene which sometimes made it difficult to follow. The human villain in this movie didn’t make much of an impact either, I didn’t really care for him. I felt that he was only there for the post credit scene.

Regarding the post credit scene, it was okay, but it was a missed opportunity to foreshadow the next movie, Godzilla vs. Kong. They had made references to Kong and Skull Island in the movie, but not really to the fight between the two. They only did that towards the end of the movie, which I get, but I feel like everybody was hoping to see Kong in the post credit scene and was left disappointed. Other than that, I feel like this was a very enjoyable movie and that it’s a must see! If you are a fan of epic fights between monsters, this is definitely for you. But if you’re not, I believe you will have a fun time regardless. I’m not much of a kaiju fan, but I loved it. Long live the King!