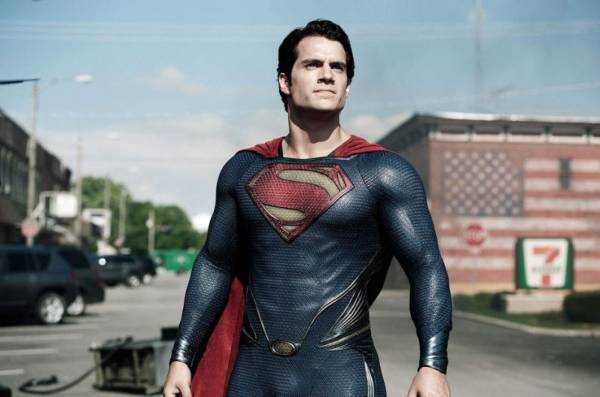 Art expresses something of the symbol of the natural world, it is an imitation of life, for it seeks to convey through symbol, audio and visual image, a reflection, a truth, and the goodness of life itself. In contemporary life, there subsists a strained relation between the artistic expression and aesthetics — the philosophy of beauty — and it is certain that, this results from the loss of the religious sentiment of life: the contemplation of Beauty, found in the permanence of God, has ceded the place for praxis, that is, technology and a certain affection for only the consumerist production of things.

Zack Snyder foremost known for his comic book film direction, as evidenced in his successful Watchmen (2009) adaptation, once held a vision for the DC Extended Universe; a vision not shared nor accepted by all. Yet, it was ground-breaking, fresh, and took creative chances. It involved a re-telling of DC Comics characters, grounding them truly in reality and expanding their world to grant them more human motivations; while, however, robing them in the mythology characteristic of the DC Comics universe. The re-imagining of Superman is Man of Steel appears part of that conception, found in the tale of an alien among humans, who, despite their ignorance, their unbelief, and their innate xenophobia, chooses to become their greatest champion in the face of an alien invasion.

The world created by Zach Snyder seems an antithesis of Richard Donner’s; a vibrant world with landscapes teeming with animal creatures, on land and on air, which though harsh contrasts obliquely with the cold, lifeless world of the first Superman: The Movie. Both films are consistent in portraying the almost organic relation of Kryptonian technology with their home world, and Snyder’s visual tour de force is on display in the first twenty minutes where political debate over Krypton’s coming implosion yields way to unrelenting actions. Superman, indeed, is a man of action, and Snyder wastes no time in emphasizing this reality, showing that, even scientist Jor-El shows battle prowess against the battle-tested military leader Zod.

Zack Snyder appears to be comfortable with philosophical questions, addressing problems that are related with the fate of civilizations, and advanced races. The prospects of a world of superhumans is one, that, depending on the person and the taste, may have some appeal, though, not without their own perils. Comic book lore is well documented, here. It is a well-known fact, that, Krypton was an advanced alien civilization that had adopted an almost totalitarian political structure, or perhaps, a theocratic structure where science and religion collaborated to form a population where Kryptonians from birth were genetically engineered to fulfill a pre-determined role using as, revealed, in Man of Steel, the registry of citizens called the Codex — this, is the danger of genetic engineering, of a world, where following upon an unfortunate development, population control is established, space exploration and cultural contact are banned, and a civilization exhausts its planet’s resources. In our own day, this raises our current ecological problems as well as the continued philosophical questions raised by technology and its use by governments that in their Leviathan conquest are continually putting to silence the notions of human liberty and rights.

The element of choice — Man of Steel reinvents Superman for post-modern audiences drawing upon comic book materials as Superman: Secret Origin and Superman: Birthright. What separates Henry Cavill’s iteration of Superman is that, here, Superman is clearly a man of destiny, one formed by his parents to elect his own destiny: “Krypton’s first natural birth in centuries”. Hence, everything in Man of Steel‘s narrative emphasizes Kal-El’s uniqueness from the animals greeting his natural birth, to the bonding of the Codex within his individual cells, to his being rocketed to Earth in a space ship as Krypton explodes, to his gradual discovery of his powers and alien heritage, and finally, the controversial death of his father, the loss of his remaining alien ancestry as the invading Kryptonians are sucked into a black hole, to his murder of Zod, the villain of the movie — Superman, is truly in this movie, the Last Son of Krypton, a victim of prejudice and xenophobia from a young age and throughout his life, growing up an outcast journeying the world in search of clues offering answers to his questioning.

Man of Steel received mixed reviews criticized for being too serious, lacking heart and joy — Superman barely smiles — and being characterized by overblown destruction reminiscent, in fact, of 9/11. Zach Snyder has been criticized during his career, for poor storytelling skills, and there are, indeed, instances in the film where this is glaring. The Man of Steel IGN review claimed that “Superman is reborn in high fashion”. Some reviews have pointed out that the film is a religious allegory, one that seems to align Superman with the historical figure of Jesus Christ. These claims are true, and though the movie presents primarily as science fiction with themes of alien invasion, it also incorporates religious symbology.

The film is inherently a visual spectacle and when Superman appears in costume for the first time, there is a sense of greatness. Zack Snyder excels at visual cinematography, action sequences and the First Flight features great displays of power. Superman soars for the first time, after having leapt in single bounds! This is a scene reminiscent of the evolution of Superman’s powers over his storied history: from the ability to leap, to the transcendent power of flight that surpasses the force of gravity. Superman succeeds in re-connecting with his heritage, finding a Kryptonian scout ship that had been in a glacier in the Canadian Arctic for 18,000 years. This triggers a distress beacon that alerts General Zod and the surviving Kryptonian insurgents freed from the Phantom Zone by the explosion of the planet Krypton.

The second act of the movie commences with the first alien contact with the Kryptonians. On every screen on Earth and in every language, the phrase “You are not alone” is transcribed before the menacing voice of General Zod speaks. Superman is faced with the prophecy of his father: to stand proud in front of the human race or choose to oppose them by joining his Kryptonian heritage. What is revealed, is the fact, that, despite his mother’s guidance and his budding affection for Lois Lane, Clark Kent remains alone to face his own choices and bear the burdens of his destiny. Perhaps, here is raised the fact that, The Last Son of Krypton is eminently a figure of tragedy, a giant who, for all his otherworldly power, must continually be willing to take a leap of faith, and make the sacrifice for the benefit of the human race.

The Battle of Smallville, is the highlight of the movie for it literally puts to the fore the human element enmeshed in a battle between alien gods. Superman’s confrontation of Zod, and Faora and Nam-Ek is spectacular and visually satisfying. There is drama and action, and Faora is allowed to shine through her philosophical intelligence and her military code. When Kryptonians battle, there is ample destruction! And Superman is fast busy to fight off the invaders while protecting the U.S. Army soldiers. Superman’s punches are explosive and the apparition of heat vision reveals the certain madness and angst characteristic of the Kryptonian loner. Man of Steel appears definitely patriotic for it seems to paint the U.S. Army in a heroic light: they are visibly outmatched, both genetically and technologically by the more advanced aliens, and yet, they fight on with courage and dedication. Science fictions, here, is painted in a realistic setting, a small town with its IHOP restaurant and its shopping centers, amidst a battle of epic proportions. Here, Man of Steel succeeds in well-choreographed battles that foretell the future of Dragon Ball Z cinematic adaptations.

Zod’s master plan is revealed in the third act of the movie: He intends to terraform the Earth and create a New Krypton where the atmosphere and topography of the Earth are modified to fit Kryptonian physiology using a gravity weapon called a World Engine. Alien invasions are not new in literature and cinema, and it is safe to say, neither in Hollywood. The film raises the important question of evolution and of its associated precept — “the survival of the fittest” — where the strong prey on the weak. Is it defensible for a more advanced alien race to eradicate another species for the purpose of re-claiming its lost heritage and re-live the long past glory days of its civilization? Zod and Faora are guided by an evolutionary morality that seems to justify genocide on the basis that their more advanced alien heritage entitles them to eradicate an entire population of human beings. Basically, a form of Social Darwinism that recalls the historical practice of eugenics during the 20th century and the myth of improving the genetic pool of humanity by eradicating its least fit members. For Superman, however, “Krypton had its chance!”

Superman and the U.S. Army succeed in thwarting the Kryptonian invasion, sending them into the Phantom Zone. The final battle with Zod, seems to deprive the audience of its energy and be the expression of a certain depression by its director. In fact, it appears excessive though, spectacular. Man of Steel seems to introduce in Zod, an interesting villain, who despite his cruelty, has mitigating circumstances for, he was genetically engineered to act in the best interests of his species. The neck snap, remains one of the most controversial decisions of Zack Snyder’s career, for, by making Superman a killer, the film seems to question his own morality and contradict decades of on-screen portrayal of Superman as a morally upright person committed to never take a life, instead always finding another way in order to protect it.

For all its criticism, Man of Steel was a financially successful film. Though, it revealed the cultural disconnect that exists in the general audiences for the character of Superman, who at times, seems to appear too much as Jesus Christ. Superman Returns seems to have voiced the perceptible impression that post-modern man does not need a savior, but would rather, save himself.

The film stands as An Ideal of Hope, one that attempts to re-assert the place of Superman as an alien, one who is not human, in a world that holds him in distrust, and who, nevertheless is willing to sacrifice his life in order to be its protector. In contemporary culture, art plays the important function of entertainment; at the same time, it generates questioning for it continues to create wonder and seize the imagination. This is only a reflection of one fact: art continues to move culture, and is the final bulwark against totalitarian power. The story of Superman, is one that reveals the power of life and in this particular iteration, evidences the current zeitgeist, one of a people that has grown disaffected with its ideals and standing in distrust of the alien in response to the threat of terrorism and financial instability.

The myths of yesteryear, used to function as the cultural narrative that united the people. Since the 20th century, science fiction has steadily replaced that role because science has become the final authority. Today, art continues its important work of defining an era, but also of paving the way for the future. The degree of freedom of a civilization, can be measured in its artistic activity. The greatest threat to the totalitarianism of Communism is not the philosopher, theologian or political activist; it is the artist.