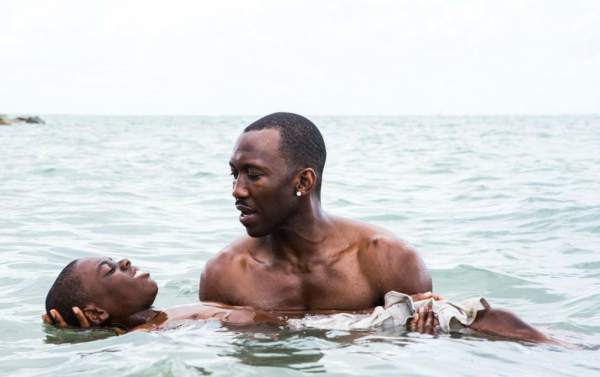 Moonlight is the greatest coming of age film I have ever seen. Disproving 2014’s Boyhood gimmick Moonlight delivers in incredible heartbreaking performances with astounding cinematography and a universal message we call can relate to: we all want to be loved and be accepted by society and our families.

As simple as it is complex Moonlight absolutely avoids all clichés and does really well at succeeding at it. Barry Jenkins takes moments that are simple little moments and contrast them with other moments to give the smaller moments more leverage, for example, the first time we see him swim with Juan and when we see for the first time him bathe himself in the tub add an entire new feeling. Presenting simple themes like a father son relationship and going to depth turning the ideas into much more complex ones was brilliant and extremely well executed, life’s simple moments shown through an awkward struggling young man is painful to watch but also just as satisfying to watch. The performances are out of this world brilliant and heartbreaking that are on par with the beautifully written characters that break your heart the whole time, matched with the amazing cinematography.

Moonlight biggest accomplishment is that we the audience will probably never feel the pain or the love our character feels. Moonlight is nothing short of a masterpiece succeeding in everything it tries to and does it with such grace and warmth that I can’t fully understand how one could actually hate this movie. Moonlight is like nothing I’ve seen before the contrasting of male stereotypes especially black male stereotypes is Incredible and has been done before but not this well or this smooth it blew me away! The performances are one of my major favorite thing in this film; Ali in particular he plays such a hardcore gangster but once you get to know him he’s still hard but damn he’s a sweet man and when we see our own main character grown he’s almost an identical image of Ali. When we come to our character when he’s a teenager we see an awkward young man and man is it portrayed so well and brilliantly, the child time of his life is heartbreaking and very hard to watch as the whole movie really is. The writing let’s talk about the writing, the dialogue is fresh strong and snappy. Revealing so much about our amazing characters in such little while just as well abiding by the don’t show don’t tell and it’s just great.

My favorite aspect of the film is the directing showing not telling, telling not showing, knowing when to cut, when to track when pull back and movie forward choices in the soundtrack adding to every scene. Four days after experiencing Moonlight it is almost haunting me and I love that.

Because Moonlight is the perfect example of why movies are far from dead. Far from dead like new born baby far, if anything movies are alive and living hard because as of right now Moonlight in its limited release has grossed nearly 10 million dollars and that’s a beautiful sight because Barry Jenkins clearly cares clearly wants people he has a heart and wants people to know there is love in this world there is hope for those who need it and for those who don’t need well it’s there.

Moonlight is special and a rare treat. I refuse to believe that 2016 is the worst year in the 2000’s when we have films like Moonlight it just can’t be. I haven’t seen La La Land or Manchester by the Sea or Paterson and the new Scorsese joint Silence, but if they are as great as this film, or maybe even surpass it, then don’t you ever say this was a terrible year for film where the blockbuster and major studio films horribly crashed and burned the indies and the small studio films made up for in substantial ways.

Cinema is alive and well and Moonlight is a prime example of why.