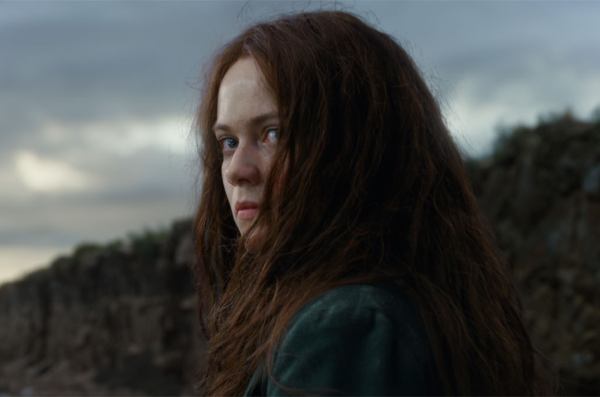 Mortal Engines is a recent film written by the one and only, Peter Jackson. It was directed by Christian Rivers… and, I liked it. The film is beautiful and the characters are really interesting to learn about. The film follows the Main Character: Hester Shaw (Hera Hilmar) and her struggle with Thaddeus Valentine (Hugo Weaving). After she tries to murder him, Hester gets stuck with Tom Natsworthy (Robert Sheehan) who she eventually teams up with to stop Valentines dirty tricks and evil secret aboard London. The whole cast is wonderful. My personally favourite performance was by Hugo as fitted the character of Valentine absolutely brilliantly.

The imagery of the film is gorgeous. The lighting, the colours. It helps bring you into this made up world. The ship that Hester and Tom ride on at the end is a design that will always stick with me. It’s a strange design but it seems like it could be real. But I have to talk about the flaws. In my opinion, Mortal Engines should have been a 2-part film. I thought it was when I watched it. There was so much to fit in this film that it seemed rushed. The characters didn’t feel complete. Hester had lots to her story and I’m disappointed that we didn’t to explore more of her in this movie.

Tom felt too small of a character in this. He had such a minor role but he defiantly needed to have larger backstory, or at least more quirks to his personality. Also the 3 other pilots that join in with the main characters at the end of the film, those characters felt too rushed. I barely knew who they were at the end of it. I think is could have been fixed if there was two movies. The first to establish our leads and has the ending conflict with Shrike. Shrike is a huge link to Hester’s past and can help and audience root for her character more. The second film could be about the fight and stopping Valentine. The second film could also include more development of later characters and the land that the final battle takes place at.

My other problem is with Kathrine’s extra plot-line. What on earth is the point of her scenes? Her adventure with Ronan (I hope I got his name correct) seem almost pointless. It doesn’t add much to the plot other than have a reason to make Valentine more angry. Kathrine seems so pointless when I wrote this I nearly forgot to add her. To be honest I do think something could be done with her character, if she teamed up with Hester. For one man reason (and I won’t spoil it) the awkwardness and character development that could happen from a simple scene like that would be awesome to see.

Overall, Mortal Engines is Okay, It defiantly worth the watch as you will probably get something different out of every different viewing. The lead characters are enjoyable to watch. Despite its flaws it most certainly one of the more creative films of the year. If you want something more creative to your movie collection, this is one to look out for.