During my childhood, I did remember seeing commercials for the toy line. From a boy’s point of view, I thought My Little Pony was cute and harmless enough for girls to play with. We had our own experiences with toys in during childhood and there’s nothing wrong about it.

Then again, the franchise went through a rocky transition in television and movies. The original 80s TV show was like every cartoon in that decade: to sell toys. There was once a theatrical movie based on that show but bombed for having a rushed, production deadline and being too boring for adults/parents to muster in. A couple of incarnations followed each decade and tried to keep the franchise in balance, but didn’t appeal to general audiences outside the targeted demographic.

Suddenly in 2010, Hasbro re-launched the toy line and a new animated series My Little Pony: Friendship is Magic on Discovery Family (formerly known as The Hub). The show was developed by animator Lauren Faust. She is the wife of Craig McCraken, who is famous for creating The PowerPuff Girls and Foster’s Home for Imaginary Friends. Faust re-established the nature of the franchise where it created more in-depth characters and adventurous settings. Not only the show was a critical and commercial success with children, but it also gained a huge unexpected cult following of older audiences, mainly men under the fan-name “bronies”, and made a huge impact in remix culture.

As a show on its own, I characterize it as a Disney movie in disguise: colorful and creative animation/stories, likable characters, talented voice cast, good morals, well-crafted songs and an innocent charm. The show ran for nine seasons and spawned a spin-off series (which launched a limited theatrical run of movies and shorts). While the show still holds up decent for many, others who take the show seriously…would act like any other fan base when it comes to franchises.

Anyway onto the subject, I remembered how excited I was when there was going to be a theatrical film based on the series. But, not just any movie, a 2-D hand drawn animated movie. Keep in mind: we rarely got any full-length 2-D animated features that decade…for wide releases. I don’t count the limited release movies. The only exceptions were the 2011 Winnie the Pooh movie and the second SpongeBob movie (majority of the movie was 2D). So, with the series ended and the movie ran its course, how does it hold up?

Twilight Sparkle (voiced by Tara Strong) and the Mane 6 must travel across the land of Equestria to defeat a dark, malevolent force.

To get this out of the way: this movie is NOT for newcomers. This story takes place between the show’s seasons 7 and 8. Like Pokémon, for example, this movie is concurrently targeted for fans of the show besides children.

While the story may be basic and not in-depth in comparison to any episode of the show, the scope of the movie makes up for it. The movie understands how a movie based on a TV show works: expanding the size of the environment and making the adventure big for the characters to overcome. The story also has occasional emotional, dark and quiet moments. Yet, the pacing would sometimes cut it short. In fact, if you take the world building elements out of it, the story would get predictable and formulaic when the Mane 6 travels to a new area, befriend its inhabitant, cue a musical number, being chased by the villains till the climax where they band together and stop the bad guys. As for its humor…it’s not laugh-out-loud funny, but it does leave out humorous expressions and meta jokes that gave me a chuckle every now and then.

The movie’s biggest strength is the animation. When you look at the TV show, the show is basically done in Flash or Adobe Animate. However, the movie gave its budget a massive upgrade. Following the SpongeBob and Simpsons movie guidelines, the movie kept the look and feel of the show but gave its characters some new detail. For starters, the animation is hand-drawn under Toon Boom Harmony where the characters move more fluent and smoothly. In addition, the characters were also given depth and shadows for their eyes and ears. The backgrounds were created in 3D modeling under Autodesk Maya which helps establish the staging of each scene for the characters, which is a nice touch.

Speaking of characters, the movie kept its focus on the main characters more than its supporting characters. For non-fans, the Mane 6 is categorized as simple but charming, colorful cast of characters. Twilight Sparkle is the inexperienced yet courageous leader, Applejack is the honest and reliable pony, Rainbow Dash is the athletic tomboy, Rarity is the fashionista yet generous pony, Fluttershy is the timid yet animal-loving pony, and Pinkie Pie is the eccentric yet energetic, party-throwing pony. The characters that you know and love are still the characters you know you love, with great performances done by their voice actors. The supporting and fan-favorite characters are reduced to cameos. It’s like a hardcore fan could play a game of Where’s Waldo?, where they could find their favorite character. As for the new characters, they are…fine. Nothing too special nor bad to talk about. The best way to describe them is each inhabitant the main characters meet has a one-dimensional trait and is enslaved under the villain’s tyranny till they rebel against him in the end. The only character that had depth and a clear backstory is Tempest Shadow, voiced by Emily Blunt. She is the second in-command of the main villain’s army who constantly tracks them down while finding her life purpose. Honestly, she felt more intimidating than the actual villain of the movie, whom I won’t spoil here. Let’s just say his personality may remind you of a certain politician, which is surprisingly subtle for the time this movie was released.

As for the songs, they are well performed under the series’ composer Daniel Ingram. The movie has given a full-fledged orchestra and wrote some pretty good music. Granted, newcomers would find these songs own their own to be Alan Menken wannabees along with each carrying the same message about friendship, with Sia’s song “Rainbow” being the exception. But in terms of execution, there will be a few songs that are positively upbeat and tempo that you will get you toe-tapping and humming. My personal favorite is the villain song “Open Your Eyes” where it sounded like you are in a threatening tango dance while being charmed by Emily Blunt’s singing. They’re catchy, but not “Let-It-Go” catchy.

While the movie may be lacking in terms of story and character, the rest of the movie makes up for it with impressive hand-drawn animation, a huge scope of adventure, solid voice acting, and memorable songs. This movie is highly recommended and clearly catering for fans of the Friendship is Magic show, including yours truly. It is also a serviceable watch for animation fans that wanted to see 2-D animation on the big screen. It may not be what you’ll be expecting, but it’ll be a pleasant start. For general audiences and non-fans, it’s harmless but nothing worth watching alone. I advise this movie should be viewed by adults or parents with small children.

Here’s hoping with a movie like this, we are most likely to see more 2D theatrical animated movies in the future. 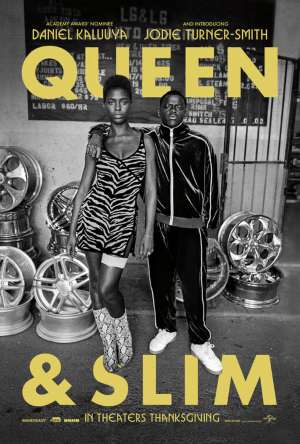 “Thank you for this journey. No matter how it ends.”