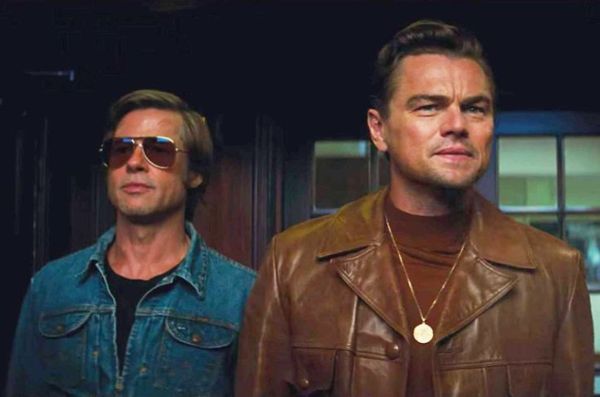 The Problem of Quentin

I should preface this article by explaining how my happy relationship with Quentin Tarantino’s films has gone sour. I adore Reservoir Dogs, a film which retains his positive cinematic trademarks of fast paced, profane dialogue, non-linear narrative, black humour and a genuine love of genre cinema yet avoiding the flippant, baggy indulgence that pervades his later work. The violence, while shocking, is not a mere punch line but has consequences and pain. When Mr. White (Harvey Keitel) howls in agony at the revelation that his protégé Orange (Tim Roth) is an undercover cop, the emotion is almost unbearable.

And of course he’s yet to match it since. Pulp Fiction is undeniably great fun-surface level, but what a surface, while Jackie Brown hinted at a growing maturity and the development of a maturing voice, but Tarantino’s subsequent output has fluctuated wildly from the crassly fun yet wildly juvenile (Inglorious Basterds, Django Unchained) to the damn near unwatchable (Kill Bill). Tarantino had become almost a caricature of himself, churning out his brand of movies with a formula reminiscent of the Marvel assembly line, mentally ticking boxes as to what must be included while simultaneously indulging in an increasingly icky attitude towards violence, women and feet. Of course, this must include:

So at the risk of sounding like a bitter old hack, when news broke that Quentin’s latest offering would centre on the Manson family in late 1960s Los Angeles my heart sank at much further Tarantino could sink into tasteless exploitative caricature with my mind foreshadowing footage of a brutally beaten, pregnant Sharon Tate slicing up her attacker’s nether regions with a Samurai sword before sitting back with a cheeseburger and a Pam Grier movie. Throw in Tarantino’s initial desire to premier it on the 50th anniversary of Tate’s death and you have a man who is at best completely lacking self-awareness or at worst mining tragedy for his own aggrandizement.

The best thing I can say about Once Upon a Time in Hollywood is that it avoids my worst fears from a decency point of view and is mercifully un-exploitative. Despite limited screen time Margot Robbie as Tate remains sunny, likeable and thankfully unaffected by the murk goings on around her. The film largely follows Leonardo DiCaprio’s fading TV star Rick Dalton and his stuntman and general assistant Cliff Booth (Brad Pitt). Rick was once the star of a 50s western serial called Bounty Law but is now reduced to guest appearances on low grade TV series and contemplating relocating to Europe to star in spaghetti westerns (there is an amusing in-joke about how he feels that they will never take off). As always with Tarantino both the genre of 50s B movies that it pays lip service to as well as the setting of 1960s Los Angeles are lovingly, gorgeously recreated. DiCaprio, in his first film since his Oscar winning role in The Revenant, is typically excellent, simultaneously egotistical and monstrously insecure at his flailing stardom, although it is Pitt as the suppressed, mysterious Booth who has the more intriguing role that the film does not fully capitalise on.

And yet as ever with Tarantino, the same old flaws remain. At 161 mins the film is overlong and ill-disciplined; worse large chunks are frankly dull. Obsessed with the loving detail of his world, Tarantino spends 2 and a half hours effectively building to a 10 minute punchline where the Mansons are defeated in a typical display of jaw dropping violence. The recreations of Los Angeles and the recreations of 1950s serials may be gorgeous but it is nothing without a driving narrative; they don’t fascinate but instead lie on the screen. Made all the more frustrating is the fact that potentially interesting plot threads (rumours of Booth’s shady past abound and there is a subtly menacing sequence where he unknowingly visits the Manson’s camp) are dropped as Tarantino continues to allow the film to drift. There is a strong film trying to get out but frankly the overwhelming feeling, after waiting so long for the film to pull its head out of its arse, is “That’s it?!” The box office returns and critical acclaim will justify to Tarantino his indulgences. But frankly the emperor remains naked.