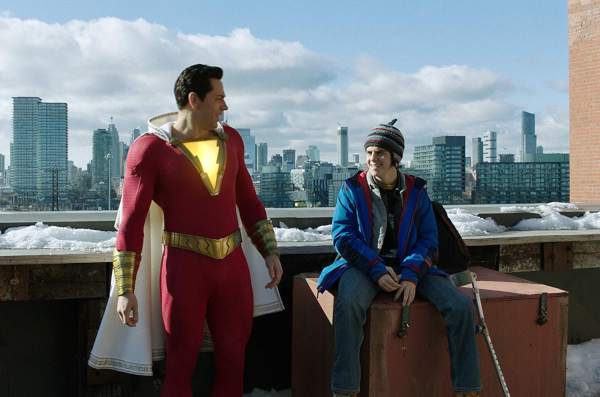 Superhero movies have become massive with their worldwide appeal guaranteeing a upward of 500M $ earning worldwide and with such huge box-office the stakes and the scale of these movies has also gone massive – Thanos wiped out the half the universe, Aquaman called out all the ocean life to unite the seven seas whereas Wonder Woman single-handedly put a stop to world war I which is great but I miss the charm of old self-contained movie where stakes were world ending only to the protagonist itself which I think made the story more personal and made the stakes have move emotional depth in them.

One very good example being Raimi’s Spiderman trilogy, Peter Parker was relatable so were the people he cared for and later on in the movie when the stakes were high we felt the emotional depth of losing a loved one. In that regards Shazam is very similar where the stakes were high for the main characters of the movie and by this it was able to tell us a very personal, character centric story with family values at heart.

Shazam is a superhero movie where action was never the main priority of the movie, before the word “Shazam” is first spoken we are well versed with Billy Batson (Shazam alter ego), Freddy (Billy Foster brother), the rest of foster family and the villain. It may be called a slow start by some but what it does is that later on in the movie when these character makes a huge decision or anyone of them is in peril you feel the emotional impact too as the viewer. The actors were very well casted especially the character of Freddy, Billy Batson and Shazam who are played by Jack Dylan Grazer, Asher Angel and Zachary Levi respectively. Jack stole the show in every scene he was in, Asher successfully bought depth where it was needed and Zachary played a 14 year old like a 14 year old and not some adult acting stupid and weird. The villain played by Mark Strong is also set up a little bit to provide contrast to the protagonist. There was nothing special about him other than providing the stage for protagonist to grow as a character which is okay for an origin movie.

The movie was directed by David F. Sandberg who is a huge inspiration for young film-makers, he only had a YouTube channel few years ago and now he has directed 3 Hollywood movies. I liked his direction for the most part especially how he was able to tell a great story with developed characters and he also managed to inject some horror elements ( his usual genre style) which were great although I think the actions scene could have been better like in final battle slow motions were used unnecessarily. The final battle also seemed a tad bit longer than it had to be, although it was able to drive home the point of true meaning a family successfully which was the whole point anyway.

I think the cinematography was very basic and didn’t work for me and the soundtrack was nothing special too, which were a strong suit of previous DC movies.

Having said that Shazam delivered in most of the areas like characters, story and humor and never in its 2hr 12min run time it made me bored, although I wished the cinematography and soundtrack were a bit better. Ultimately I think this movie was not about saying “Shazam” but what it means to say the word “Shazam!”.