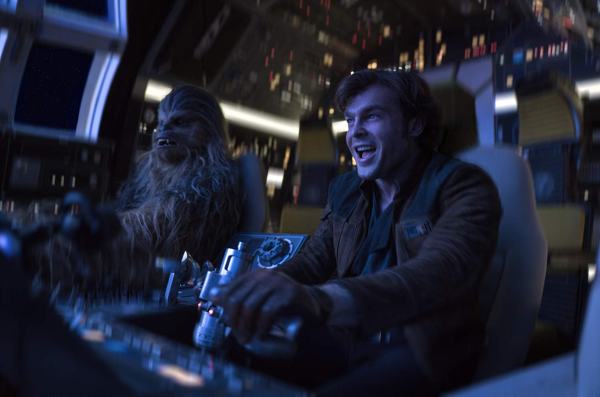 So the second iteration of “a Star Wars Story” has arrived… and people hate it! Why?

When George Lucas announced that two a standalone Han Solo movie would me produced in 2012, I remember thinking who they would cast as the hero of the story. I felt that they needed someone who channelled what Harrison Ford delivered in the original trilogy, someone who made me happy to be a star wars fan for this long. 4 years later, the news broke that a list of actors for the role of young Han Solo had been shortlisted. This included Taron Egerton and James Franco (imagine him playing Han!). But eventually, Alden Ehrenreich was chosen, and I’m pretty damn glad that they did. His contagious smile and haircut made it feel as if he really was a young Han. Sadly, that is the end of the good bits.

In June of 2017, the directors cited “creative differences” and jumped ship (maybe the unhappiest divorce ever) and Ron Howard was brought in to finish the job. He had a strong connection with George Lucas, working with him on American Graffiti. He really came into his own when Lucas “christened” the film set with his arrival to supervise the last stages of production. However, Ron Howard took what Lord and Miller did and shoved it in a blender. In 2018, it was reported that Howard had reshoot 70% of the film.

The Good, the Bad and the Ugly

After watching the movie, I must say I really love the casting choice. Ehrenreich is funny and endearing, Donald Glover really encapsulates what Lando means to Han and Emilia Clarke has something that reminds you of Hayden Christensen, but in a good way.

The story of the movie really fits together quite well. Corellia is portrayed as (imo) it should be: a wasteland. But there are some scenes on this planet that I don’t like.

I mean what is the point of this Stormtrooper in the scene? All he does is follow Han and is so obviously added after the fact that it legitimately took away from the scene. And before someone screams their head off, yes, I bought the movie. Usually I don’t do this but this right is only reserved for movies I actually like. (Dark Knight)

Another thing I don’t like is the inclusion of L3. What is her point? Is she to show that Lando actually cares about someone? I don’t know – I never really warmed up to her character. Is she there to make that one line by C3PO in Empire Strikes Back relevant? Because if it is, I would have much rather done without her. She genuinely made me want to get up and throw something at the projector.

However, one thing I do like is the inclusion of Woody Harrelson as Tobias Beckett. He is the show stopper in any movie he is cast in, and legitimately makes me want him to win. He plays his role perfectly, not least when his merry gang of pirates die in the train hijack sequence. Now I know this paragraph was about Woody Harrelson, but that coaxium hijack sequence on Vandor-1 was so beautifully shot that when I bought the movie on ITunes and rewatched it, it made me sit up and say “wow” at the cinematography. Whoever did that bit, whether it was Lord and Miller or Howard, need to be congratulated for that. The sacrifice of Beckett’s girlfriend almost brought a tear to my eye, and the death of Rio just seemed a little mean.

Now this isn’t a bad movie – but it isn’t a great movie either. I didn’t hate myself for paying £5.50 for a ticket to watch it. The notion of boycotting it almost angered me, but the portion of the fandom that actually did that was surprisingly small. Some of the scenes in this movie do need work – probably an error from the production woes, but on the whole it is a great movie. Just not a good Star Wars Story.