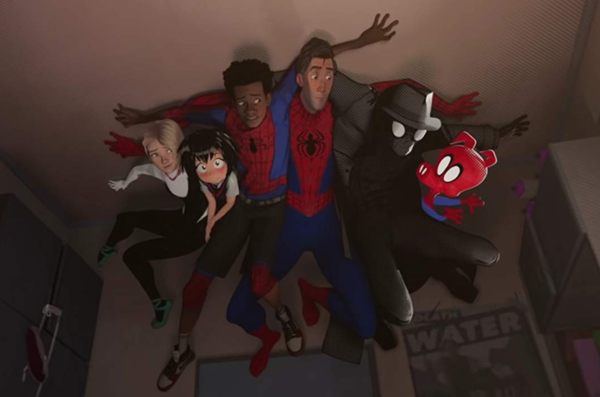 It seems like superhero movies are hitting theaters every month, and with every one of these films comes a sequel, a prequel and a ‘unique’ collaboration where different stories from different worlds come together to form one ultra-film. While the hero crave was exceptional and new at the start, it now seems production companies are solely focused on how much money can be made from a high budgeted movie.

That was my mindset in going to see Spider-Man: Into the Spider-Verse. There have been so many Spider-Man movies that I just assumed this would be another money grabber. And boy was I wrong about this movie.

Instead of spending half of the movie giving us an origin story we are all too familiar with, Spider-Man: Into the Spider-Verse instead focuses more on the problem at hand and doesn’t waste any time for the viewers. The main character, Myles Morales (played by Shameik Moore) is far from the perfect star gazing hero, and his faults and insecurities make him a more loved and relatable character. He is soon accompanied by five other quirky Spider-Mans from different universes, and together they work together to get each of them back to their rightful home. Each Spider-Man has a different personality that only leads to more humor and amusement to an already nonsensical yet fascinating plot. The great story also matches up with phenomenal animation.

Sony makes a bold move in not having the film be a live-action movie, but rather an animated motion picture that focuses more on creativity and dialogue. For once, a superhero film takes a different route in making the viewer feel like they are literally in a comic book, with there being goofy dialogue bubbles and even throws in a couple of ‘spider sense tingling’ signs. The color and design are incredibly imaginative and captivating. I caught myself, not distracted, but in awe of all of the details that were put in the characters, settings and even the background movement.

What really tops off the movie are the voice actors behind each of the characters. Every actor brings something to the table that only generates a more well-balanced movie. The witty dialogue from Jake Johnson has you laughing while Hailee Steinfeld is stern and sheds light on the seriousness of the plot. Smaller roles such as Nicolas Cage and John Mulaney deliver great lines that only make you love the characters more.

The pacing of the movie is perfect and leaves you sad when you realize the film is over. Overall the movie knows how to make fun of itself and avoid the typical dramatic approach to superhero movies, but also deliver a film that shouldn’t be overlooked. It is by far one of the best movies to be a part of the Marvel collection and does an excellent job of standing out from its predecessors. Comic book fan or not, this film has you wishing you were able to be a Spider-Man yourself.