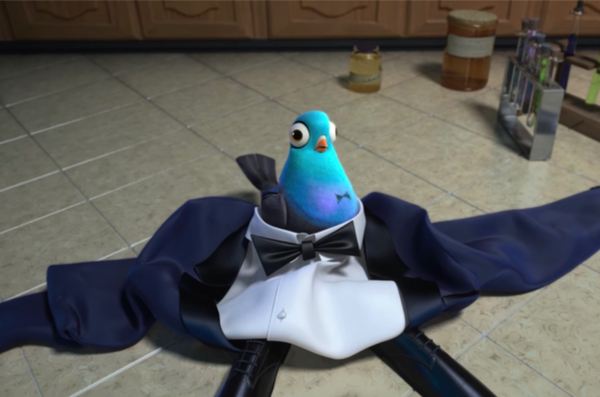 But what Walter lacks in social skills he makes up for in smarts and invention, creating the awesome gadgets Lance uses on his epic missions. However, when events take an unexpected turn, Walter and Lance suddenly have to rely on each other in a whole new way. And if this odd couple can’t learn to work as a team, the whole world is in peril.

Lance Sterling: You know how you can tell when you’re the world’s greatest.
[a number of characters repeat his name]
Lance Sterling: Everyone knows the name.

[to the mob boss, after knocking out a mob boss thug]
Lance Sterling: Just three ounces of pressure to the vagus nerve, and then, look at your boy. Sleepy, night-night.

[escaping after being surrounded by enemies]
Lance Sterling: Don’t take the loss so hard. I mean, you got to meet Lance Sterling.

Walter Beckett: There are so many gadgets I want to test in the field. For example, the inflatable hug.
[he presses the button on his gadget and it inflates into a balloon]
Walter Beckett: Kind of a personal protection device I’ve been developing.
[the balloon starts to deflate]
Lance Sterling: This is a vile waste of taxpayer dollars.

Joy Jenkins: This is your next objective. None of our agents can get close to him.

Walter Beckett: [to Lance] I have something that can help. It’s called Biodynamic Concealment. Imagine, if I could make you disappear.

Walter Beckett: Being a pigeon can make you an even better spy. Pigeons are everywhere, and nobody notices them. In fact, pigeons can see in slow motion. And pigeons can fly up to ninety-two miles per hour.

Lance Sterling: There’s a bad guy who needs to be stopped. And now I have to try to stop him while being a bird.
Walter Beckett: Lucky for you, I’m your wingman.

Eyes: That was tight.
Marcy Kappe: Did anyone else see a pigeon?

Lance Sterling: Alright, Kamora.
Kimura: Sterling?
Lance Sterling: It’s about to get messy. It’s time to go sleepy, night-night.
[pigeon Lance tries to knock Kimura out on his vagus nerve, but all his wing does is land softly across the his  neck]
Lance Sterling: I miss my hands.

What do you think of Spies in Disguise quotes? Let us know what you think in the comments below as we’d love to know.