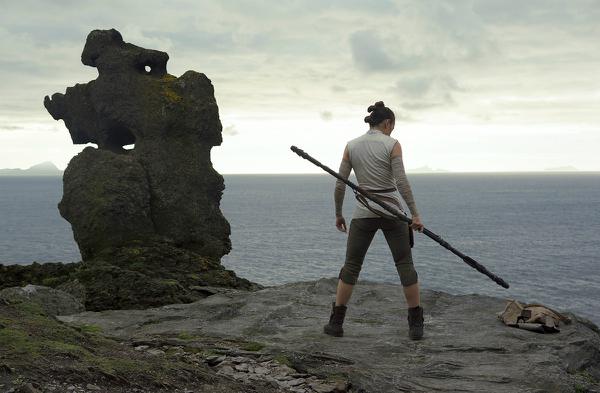 ‘May the Director’s Vision Not Be With Us’

Arguably the most polarising instalment into the ever expanding Star Wars franchise, The Last Jedi offers immense action sequences, comedy, and nostalgia. Approve or disapprove of the direction the film takes, director Rian Johnson has created the most controversial film of the year.

As a fan of the Star Wars franchise I was delighted upon seeing this film, and I really enjoyed the film, however I have plenty issues and fully understand why some fans dislike it.
For example, at the beginning of the film after Poe’s bombing mission, we are greeted with the scene in which ended the previous instalment, The Force Awakens, with Rey holding out Luke’s lightsaber to Luke. However, the two year wonder of how Luke will react, and all the theories created on how Luke will react was thrown down the drain as Luke effortlessly tosses his sword of justice behind him. This was my first issue, it felt that Johnson traded in all the hype that episode seven left us for cheap comedy, it was almost like he laughed in our faces to show that he was in control now and not JJ Abrams.

My annoyance for these antics only grew when Johnson killed off several characters rather than continue to build what Abrams had set, such killings include the underutilised Captain Phasma, General Akbar, a completely randomly added Admiral Holdo, Rose, and most confusing, Snoke. Fair enough, most characters he killed off were low key and not that major to the stories progression, however, killing Snoke was absolutely idiotic! It makes zero sense! After all, Snoke was a main factor into the story of the sequel trilogy, he was the one who led Ren to the dark side, Johnson made no effort into delving deeper into this back story, and having him killed cheapened the character also pissing away all the theories of Snoke and speculation the fans have been building since 2015, it makes you wonder whether Johnson has watched any star wars film at all! I only wish that Disney listened to George Lucas, under his direction this film could and should have been a lot different.

Likewise, the debut of Rose was at first, promising, assisting Fin, I believed that Rose could become a key role in the film, however, after a rushed love story angle between the two, Rose, after spending just little time with Fin, sacrifices her life for his love. Its mind baffling! This is not the fault of the actors/actress’s but the fault of the director’s vision, this vision would probably work more for a Star Trek instalment.

Moreover, as the story escalates we learn the backstory of how Ren betrayed Luke and joined the dark side, and brace yourself for this die-hard fans! According to Johnson’s direction, the same guy that saved the evil, infamous Darth Vader and brought to him to the light side (Luke), was the one who contemplated murdering his own nephew out of fear he would join the path his father once did! I mean to a toddler this wouldn’t even make sense! It’s absurd! It’s an insult to the intelligence of all the fans, Luke just wouldn’t do that, he would embark on keeping Ren on the light side just like he did to Rey. Even more insulting is the fact that after failing Ren, Luke just gave up and hid on an island, when we all know that Luke from George Lucas’s originals would have fought all he could to stop Ren and turn him back especially if he felt responsible. Johnson screwed us out of a masterpiece just so he could say “It’s a different Star Wars film”, supporting a statement Mark Hamill said “the prequels were more original”, I fully agree with this and I’m a guy who liked the prequels! In addition, Luke’s death is ridiculous after saving the newly named Rebellion, he dies almost like he killed himself which again is absurd as we all know that Luke simply wouldn’t do this as him being out of the picture puts his sister’s life at risk as Ren already killed Solo.

All in all, I respect that Johnson wanted to create a Star Wars film we had never seen before, in which credit where its due he did, however, his direction was false and extremely questionable, and we can only hope that Abrams is able to fix the mess Johnson left in Episode IX. For any fan of Star Wars the film is defiantly worth a watch, I enjoyed the film but in the bigger picture of the franchise’s story, it was questionable, the visual effects are outstanding as always, and acting is absolutely on point, it was just the director’s decision I have an issue with.