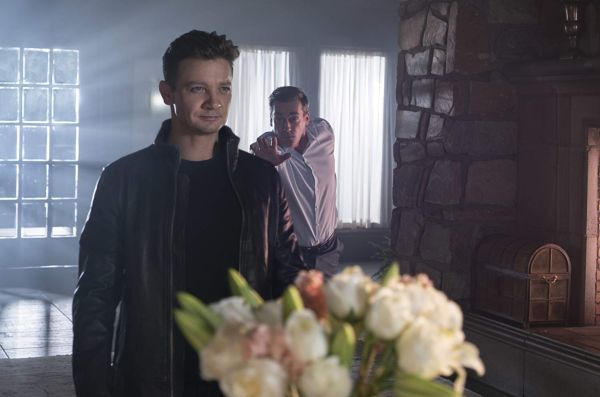 TAG is one of those films that went under the radar during the summer, probably due to its big-budget competitors, such as Incredibles 2, Jurassic World: Fallen Kingdom, and Ocean’s 8, all released within a month. Based on a true story, an all-star cast (which includes Ed Helms, Jeremy Renner, Jon Hamm, Jake Johnson, Isla Fisher, and many more) shows that star power alone cannot be relied upon to lift a film to successful heights (although the budget for TAG was an estimated $28m and grossed $72m worldwide). Nevertheless, putting box-office stats aside, was this film any good?

Feel Good – The basic concept of childhood friends playing tag well into their adulthood is the perfect setup for situational comedy that is highly hilarious and laugh-out-loud funny. It is clear that the film wants audiences to have fun and be solely entertained by watching a film that steers away from anything convoluted or preachy. Within the plethora of comedy, it would be easy and typical to stray towards the dramatic in order to create some form of build and dynamic mood change (Jerry’s wife could have easily been used as the antagonist, but even she embraces the ludicrousness of the game), and it almost does when an old flame comes between two of the TAG players. Thankfully, and refreshingly, the spat lasts only for a minute, and the main goal of trying to tag Jerry (who has never been tagged in the entire history of their game) ensues briskly. The ending makes another unexpected abrupt swerve towards the melodramatic, but again, quickly avoids the drama leaving audiences in a blissful state of nostalgia, reminding us the importance of youth and the continuation of the young-at-heart state of mind throughout adulthood.

A Mix Of Styles – Tagging Jerry becomes the drive and prize for the other players, and what makes TAG so much fun is that whenever these attempts ensues, the film borrows different characteristics of other film genres, such as The Action Flick (in which the attempt in the shopping mall shows off Jeremy Renner’s stunt skills), The Thriller/Horror Flick, and The Heist Flick.  By doing so, the film enhances the fantasy and escapism it wants to capture and keeps audiences entertained in a surprising and unexpected manner.

Not So Funny – Whilst the situation of the game brought hilarity, what was quite disappointing was the lack of charisma and comicalities brought forward by the actors. It is fair to assume that being a comedy, improvisation would be abundant, and it was quite clear when improvisation occurred in the film, mostly because when it did occur it was really unfunny (the biggest culprit was Hannibal Buress, who, unfortunately, plays the token black guy). This shortage of funny didn’t ruin the film overall, but it was still a disconcerting surprise considering the pool of talented actors appearing in the film.

The Message – As said before, one of the good points of the film is that it avoids being too preachy about anything serious.  Nevertheless, the film did have a message; the perseverance of the game was not about running away from each other, but about staying close to one another, a sentiment that can be understood and relatable by many. But the film never quite brings this sentiment to the forefront, only keying it in right at the end. By hammering in this message earlier on, the film could have brought another layer without tearing out the heartstrings or being too melodramatic, and could have made audiences more sympathetic towards the players.

I definitely enjoyed it. It seems that too many extreme negative events occur day-in and day-out, evidently highlighted by the news coverage we see on a daily basis, so escapism is one way to cope with all the hardships. TAG is one of those films that is perfect for anyone trying to forget problems, even if it is for only 90 minutes. There is nothing grand to think about here, just a fun, playful and entertaining flick for most adults on all sides of the political spectrum to enjoy and possibly relate to.  Not perfect, but so is the world around us.