I still remember the first time I watched The Dark Knight, I was spellbound by the individual performances, the movie’s ability to keep you on the edge of your seat and all the philosophical dialogues and themes that the movie delved into whilst delivering a great story. I was convinced then that any movie cannot induce such emotions in me again or wow me on so many levels! Over the years, I have encountered many great movies which I love as much as The Dark Knight like Apocalypse Now, Arrival, and Blade Runner. Still, it was 14 years after that I was again amazed and spellbound on so many levels, and that too by a Batman movie.

From the first scene itself, it is made clear the amount of thought, work and creativity that has gone into the making of this movie. Every scene shot, music played and an actor’s movement has a purpose to it! This movie will scare you, indulge you in its mystery, excite you with its action and amaze you with its commitment to telling a truly dark and gritty tale about the corruption in Gotham. Matt Reeves has done masterful work in directing each scene. He is a point of view driven director. There are many shots in this movie where he puts you in the character’s shoes and shows the world from his point of view and how the world perceives him. As Batman enters the crime scene you are put in his POV and can see how much each and every police officer sees him as a menace and doesn’t want him to be there. This really helps establish the world and the relationship within in a very subtle way. He also has wonderfully implemented some scenes of horror and thriller which were unexpected and had given way to some nail-biting and riveting scenes! (I think I forgot to breathe during the Batmobile chase scene)

All the Matt Reeves direction has been enhanced by Greg Fraser’s camerawork. Gotham is very dark and gritty but never feels dead. Unlike so many other movies, he allowed blacks to be actual black and not shades of grey and then dialled up the contrast allowing the colours to pop! Orange and blue colour has such amazing interplay between them and completely suits the dark depressing setting of Gotham.

Michael Giacchino’s score for The Batman is his best work yet. As the film picks up in terms of action, you can start hearing little hints of Dum-Da-Dum-Dum pick up and you just know things are going to get intense. Other than the adrenaline-filled main theme he through his soundtrack is very well able to showcase moments of mystery, emotion and romance (Yes, this movie has romance!)

This might have been the least amount of talking done by The Batman in any of the Batman movies because Robert Pattinson is so well able to display emotions through his body language and expressions. Pattinson brings in a different take on Bruce Wayne, who is depressed and a little eccentric. This is something that was implemented by the Gotham TV series as well on some level. A billionaire who has travelled the world to gather knowledge and is always analysing his surrounding is bound to be an introvert and kind of a recluse and this is very well showcased by him. Robert has done an amazing job. Talking about side characters there were loads of them and each one of them has done an amazing job. For me, the stand-out was definitely Penguin and Catwoman.

The story is a straight-up murder mystery thriller where Batman and Gordon are sent on a hunt by Riddler which reveals the deep dark secret of Gotham Elites including Batman’s own past. Without spoiling much the story plays out very much like Se7en, Zodiac, and The Long Halloween comic book. This allows the world’s greatest detective to actually do some detective work and you get lost in that journey to trying to piece all the different puzzle pieces. The Batman is not a good story because it’s an indulging murder mystery but because it allows the characters within to grow as well. As Batman, Catwoman, Alfred and Penguin are caught in the middle of these murders they all grow as a character in their own way which makes me excited for the sequel.

Finally, I would like to say in a world where most of the comic-book movies now seem like a painting of scenery you have seen a thousand times being sold in Walmart, here is a movie that is something that is hung on the entrance of a downtown museum brought to life by Picasso. 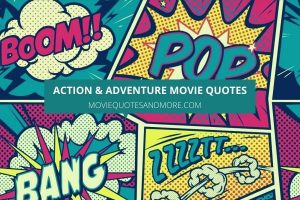