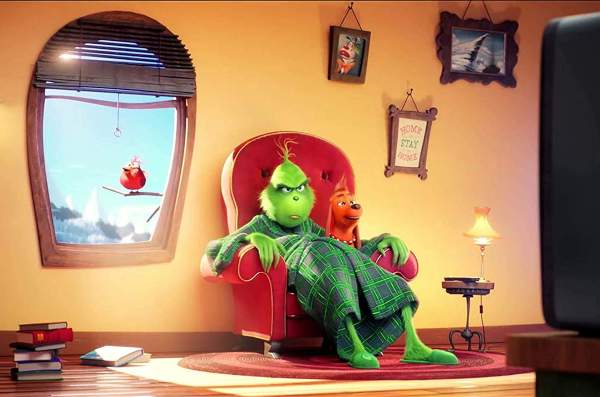 Good evening everyone, young and old
Here’s a review of tale that has been retold

Relax and feel unloose
As I am writing in the style of Dr. Seuss

Seuss’ stories continue to grow and inspire in glory
But, when it comes to movie adaptations, it’s a different story

Enter the Grinch: mean and green
He’s the first Seuss character to hit the big screen

While I enjoy the Jim Carrey movie; it’s not the best
It’s close to good comparing the rest

Suddenly the Grinch got remade; animated and new
It’s a great opportunity for me to write this review

For example, the Grinch acts mild and subtle
The running time is shorter, which will save you the trouble

Of course, the animation is the film’s main highlight
It’s bright and colorful, which are a visual delight

For once, this Grinch is very refreshing
Making him relatable and sympathetic is a blessing

Remember her house was the first to go?
It’s switched to the last, so nobody wouldn’t know

Not bad by all means; he gave it his all in might
At least, Anthony Hopkins (in the live-action film) done it right

It felt unnecessary for “You’re a Mean One (Mr. Grinch) to have a rap
People hearing this would rather take a nap

In fact, the Bob Malone song from the 1st trailer sounded better than this
It is forever lost now in a dark, forgotten abyss

Despite what I said, my complaints are to a lesser extent
The movie will provide joy and you will feel content

The original animated special still holds up well
This movie is the runner-up, as you could tell

It’s Universal’s last Seuss movie under their wing
the future is brighter for what Warner Bros. will bring