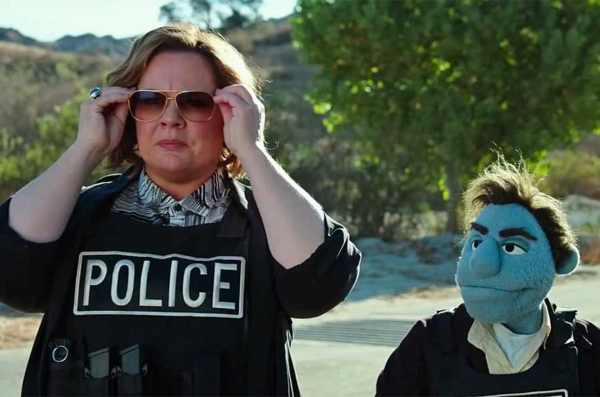 Puppet crime action comedy directed by Brian Henson. The story is set in a world where puppets co-exist with humans as second class citizens. When the puppet cast of a beloved classic puppet television show, The Happytime Gang, begins to get murdered one by one, a former puppet cop, Phil Phillips (Bill Barretta), who has since become a private eye, takes on the case and is forced to work with his ex-partner, human cop, Connie Edwards (Melissa McCarthy), to solve the brutal murders.

As the killings continue, Jenny (Elizabeth Banks), Phil’s former flame, is next on the list. It’s up to Phil and Connie to find the culprit, but as bad blood and old resentments resurface, the clues start pointing to the only viable suspect: Phil himself. Now he’s on the run with only his wits and hard-headed determination as he and his partner attempt to solve the Happytime Murders.

Goofer: For fifty cents I’ll suck your dick.
Detective Connie Edwards: Well, it’s a great price. It almost makes me wish I had a dick for you to suck.
Goofer: Well I’ll take that as a yes.
[as he moves towards Connie, she punches him in the face]

Detective Connie Edwards: You want me to pull my gun?
Goofer: No. Unless you’re talking about your wiener.

Lt. Banning: You two were the most decorated officers in this department. So what do you see?
Detective Connie Edwards: It looks like a robbery gone wrong to me.
Phil Philips: This wasn’t a robbery, this was a hit. Someone out there is killing puppets.

Phil Philips: We’re going to catch the bastards who did these murders, because bodies are going to start piling up.

Detective Connie Edwards: [to Phil] You’re one of the best damn cops I’ve ever seen.

Agent Campbell: I’ll have your badge for this. I’m the fucking FBI!
Phil Philips: Oh, yeah. What’s that stand for? Fucking big idiot!

Phil Philips: If this shit gets crazy, I’m going to go crazy as shit.

[as she tries to kick down a locked door]
Bubbles: God, are you alright?
Detective Connie Edwards: I ruptured my hymen.

What do you think of The Happytime Murders quotes? Let us know what you think in the comments below as we’d love to know. 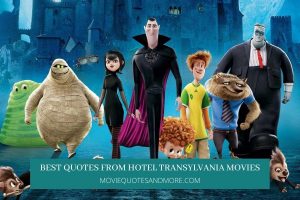