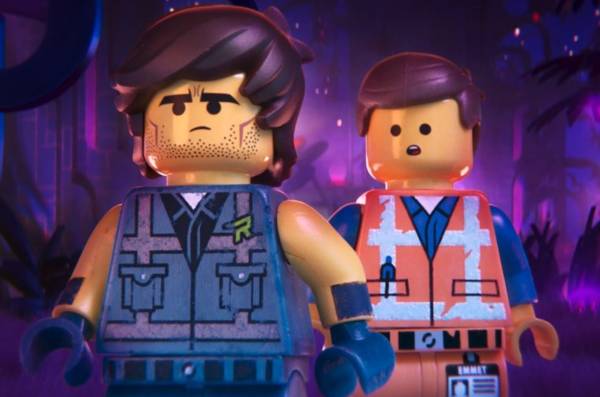 The LEGO Movie 2: The Second Part is the newest edition to the LEGO franchise, but is the direct sequel to 2014’s The LEGO Movie. The film sees the return of fan-favorite characters Emmett, Wyldstyle, Batman, Unikitty, Benny, and Metalbeard. The film stars Chris Pratt, Elizabeth Banks, Will Arnett, Tiffany Haddish, Stephanie Beatriz, Alison Brie, Nick Offerman, and Charlie Day.

The story begins in Bricksburg, now known as Apocalypseburg, 5 years after the Invasion of the DUPLO bricks. Emmett and his friends are then invaded by a strange space craft piloted by General Mayhem. General Mayhem announces that Apocalypseburg’s fiercest leaders have been invited to a wedding in the SisTar System. Mayhem eventually captures all of Emmett’s friends, and Emmett sets out to go save his friends. On the journey to the SisTar System Emmett is saved by the awesome Rex Dangervest, who is a character that parodies Chris Pratt’s acting career. Together Emmett and Rex can save his friends.

Just like the previous films the voice acting is spot-on. Chris Pratt and Elizabeth Banks do a phenomenal job as Emmett and Wyldstyle. But the biggest surprise of this film was Tiffany Haddish. Before this I would have never guessed that Tiffany Haddish could sing so well. Just like most of her other films, she steals the spotlight.

The animation in the LEGO Movies gets better with every new installment to the franchise. It has a very clean animation style and you can easily tell each brick by brick. The screenplay was also well written. The story flows well, and it only has a few moments that drag. But the greatest accomplishment of this film is the soundtrack. The soundtrack features the same electronic tween style music as the last but with a new catchy song replacing “Everything Is Awesome”. The new catchy song is literally called “Catchy Song”. The song doesn’t lie when it says, “This song’s gonna get stuck inside your head”. It’s been stuck in mine for the past month.

There are only a few problems with this film. One of which is that we only get a little bit of the characters we fell in love with in the first film. Benny, Metalbeard, Batman, and Unikitty have probably less than half of the screen time they had in the first in the sequel. The other problem is that, like earlier it does drag a little. There could have easily been 10 to 15 minutes cut out. The last problem I have is that sometimes the humor doesn’t always land. It seems like every two minutes there’s a new joke and about a quarter of them don’t land.

Overall, The LEGO Movie 2: The Second Part is a fun new sequel that takes the same old material as the first film and revamps it and makes just as good the second time around.  I had a blast with The LEGO Movie 2 and would have to recommend it to anyone no matter what age.