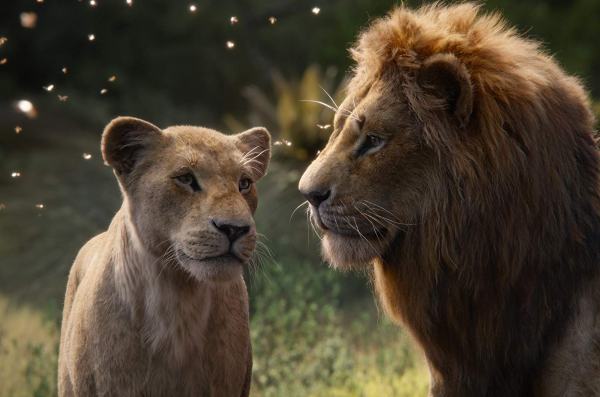 This…this isn’t going to be easy. I don’t know where to begin. When the Little Mermaid was released in 1989, it not only received critical praise, but it ignited the Disney Renaissance era that help Disney animation rise out of its dark age. After Beauty and the Beast made history being nominated for Best Picture and Robin Williams delivering huge laughs in Aladdin, Disney’s next project was The Lion King. With six years of development through creative differences and inspired by the William Shakespeare tragedy Hamlet, The Lion King soon became the studio’s most critically acclaimed and commercially successful film thanks to its incredible animation, wide variety of characters, memorable soundtrack and emotional story. As always, the film’s success spawned a franchise including two direct-to-video sequels, two spin-off TV series, a long-running Broadway musical and countless merchandise. It was also the subject of debates and controversies, particularity with the concept being remotely similar to the Japanese anime series, Kimba the White Lion.  For me personally, The Lion King has been my favorite animated Disney movie of all time since the beginning and it holds a special place in my heart every time I watch it.

In 2016, filmmaker/actor Jon Favreau directed a remake of The Jungle Book combining live action and photo-realistic computer animation. It was praised by many, myself included, for its innovative visuals, performances and faithfulness to the source material. So logically, the Disney company found a new opportunity to make lightning strike twice by announcing that a CGI remake of The Lion King is in development, with Jon Favreau attached to directing. Initially, when I first heard about it, I was kind of scared like something inside was hurting me. In fact, a lot of people were skeptical and worried about this idea. The trailers even caused a backlash for claiming to be a shot-by-shot remake of the original. But, knowing Jon Favreau and his work, I still kept my expectations and put faith into him. So, after watching Tim Burton’s almost potentially circus story about a flying elephant and Will Smith’s surprisingly solid performance as an iconic blue genie, does The Lion King remake reigns high on the throne? …No…-ish.

Let’s get the story out of the way. You know the drill: A young lion named Simba (Donald Glover; J.D. McCracy) must learn to accept his role as king of his native land, after the death of his father Mufasa (James Earl Jones), which is taken over by his uncle Scar (Chiwetel Ejiofor).

As everyone would expect from watching the trailers, the story is conceptually and surprisingly executed the same as the original. You will feel a predictable and strong sense of déjà vu throughout the movie. Every time you see a certain scene, you’ll easily compare and contrast which version did it better. If anyone would ask me how much movie is unchanged, I would say somewhere nearly 70-something percent.

Before you start counter-arguing, hear me out:

Now to Jon Favreau’s credit, he is well aware of the criticism and how timeless the original was. He admits that many shots are similar to the original because they are iconic to change. Basically, he is saying he is preserving what people love about the original while delivering something fresh and new. He knows this interpretation is not is going to on par with the original (heck even The Jungle Book) so he is going to do the best he could offer. I honestly respect his…honesty. And to be fair, there ARE differences from the original (outside the running time). I do enjoy the idea of Nala and Zazu having more active roles, Timon and Pumbaa having neighbors in the oasis and the hyenas being their own society and history with Shenzi as ruler. Then again, I wish there was more of that. While The Jungle Book took risks and brought us something refreshing and respectful, this movie was mostly afraid to make change and gave us what we remembered about the original in the first place. Simply put, they play the story safe with a noble attempt of originality.

With that out of my system, let’s talk about the best aspect of the remake: the visual effects. Knowing Jon returning to the director’s chair, he would up the ante in the photo-realistic computer animated technology, Using motion capture and VR devices, you will dive into the kingdom of Pride Rock. The African landscapes look gorgeous and the animal characters move as authentically as real animals would. Every inch of detail can be found in the animals’ fur, scales, feathers and any texture imaginable. Its down-to-earth setting and atmosphere feels like you’re watching a nature documentary. The only setback I would give to the visuals, which is debatable to be honest, are the lack of facial animations on the characters. Like Aladdin, I still find the animated version to have more an artistic advantage. In animation, you have the creative freedom to make the character express and move as believable as possible. You could easily tell how Simba would look sad or Timon acting energetic in the original. In this movie, outside the cast’s voice performances, it is difficult how the animals would look and act during emotional moments. Then again…again, the lack of emotion is meant to stay accurate to the realistic nature and behavior of animals. Animals do not actually smile, laugh or cry. They express themselves through body language and gestures, for which this movie did impressively well. No matter your opinion is, we could all agree that the CGI artists show that their hard work has paid off.

Another noteworthy use of Jon Favreau’s talent is his choice of actors. I actually do admire the idea of casting African-American actors that would give The Lion King an authentic African edge. Every actor delivers their own energy and charisma while staying true to their characters with minor changes. Though sometimes their delivery would be debatable depending on certain scenes. With the only original actor James Earl Jones reprising his role as Mufasa, you can hear that he sounds like a king that has lived a long life. Donald Glover is energetic as Simba, Beyoncé is confident as Nala, Chiwetel Ejiofor is aggressive as Scar, the list goes on. Timon and Pumbaa are surprisingly entertaining thanks to the fast-paced and comedic timing of Billy Eichner and Seth Rogen. While emotion may be lacking in the visual department, the performances, at least, help how the characters would feel.

Lastly, the songs by Elton John and Tim Rice and the musical score by Hans Zimmer have returned as well. Like the story itself, the songs and music are eerily similar to the original with a few alterations, in terms of lyrics and notes. On their own, the songs and music are an adequate listen if you are in the mood for some African culture. The only issue I have with the songs is the visuals that match with the tone. While Circle of Life and Hakuna Matata did fine enough, I Just Can’t Wait to Be King and Can You Feel the Love Tonight? felt out of place in the photo realistic setting, especially with the latter’s setting being daylight. On a side note, there major differences in the songs are Be Prepared and an exclusive original song Spirit, sung by Beyoncé. The latter is the most unique of the lineup because it felt new listening to and fits well to Simba and Nala’s relationship. As for Be Prepared, it has a different musical tone while the lyrics remain faithful. The main downsize is that is shorter and is evident that it was an afterthought since it was originally cut from the soundtrack. If they handled the songs like they did in The Jungle Book, then it wouldn’t be much of an issue.

Overall, The Lion King is an adequate Disney live-action remake to sit through. On its own, It’s a harmless family movie that contains too much innocence from the original but shows effort in the visuals and performances. It’s not for everyone; I’ll say that right now. If you are a fan of The Lion King, it wouldn’t hurt to watch one or at least a rental. I’d recommend to animal lovers families that are new to the franchise. Remember: Hakuna Matata!