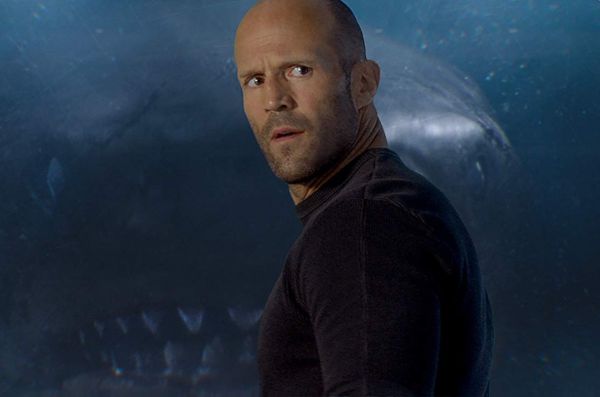 It’s been 43 years, since the “jaw” dropping movie, Jaws, emerged and created the fear of sharks. This movie began the era of shark movies to come. Many movies have been released, but none has ever reached that jaw-dropping level. There have been movies like 47 Meters Down (which now has a sequel coming soon, so go figure), the Sharknado series, Deep Blue Sea, and more. I am here to announce that The Meg…is just like those movies, but a little bit better. Jaws has dominated many aspects of shark movies like suspense, mystery, tension, and more. But there is one aspect that triumphs Jaws…and that’s size. It is really hard to make a good original shark movie nowadays, but The Meg is aware of that and that is what makes this movie one of the better shark movies.

The Meg is a movie that is loosely based on the book of the same name. It is directed by Jon Turteltaub and stars Jason Statham as Jonas Taylor who faces off in a battle with a prehistoric Megalodon. When the movie starts, you are plunged into a deep sea rescue mission led by Jonas and two deep-sea rescuers in an attempt to rescue survivors of a nuclear submarine. During the mission, Taylor is forced to make a decision: Stay to help more survivors and risk being killed, or go with his best chance of survival and leave. Five years later, the same situation occurs, this time regarding a submarine in a hidden world under the Mariana Trench. Soon after, the megalodon emerges once more. Taylor, with the remaining team of Mana One, must now kill it before it causes more havoc.

This movie is sort of a mix of other shark movies. It has a ton of Jaw references, has an underwater lab like Deep Blue Sea, and more. The acting was fine with the standout being the awesome Jason Statham. The Meg also contains many jump scares, (some scared the daylights out of me!), has many funny scenes that I laughed out loud. There were many times where the entire audience let out a chuckle or a full out laugh. The action in this movie was good as well, but there were some scenes where I was thinking, “That should NOT have happened.” The movie isn’t without its flaws though. The movie was very predictable and I saw many scenes coming. During the movie, I was thinking, “This is when the shark comes,” and, “Yep, he’s dead,” and more. The movie also tries to create a romance between Taylor and Suyin Zhang (Li Bingbing), which harmed the movie because whenever a romantic scene between them came up, I just wanted it to end so I can watch more scenes of the megalodon.

Overall, this was just a good fun movie. It’s a perfect summer movie and has all the thrill, action, and comedy you need. If you are a huge shark lover, this is a definite must see for you. If you come into it with low expectations, I assure you, you will enjoy this movie. But if you come in expecting it to be at Jaws level…you’re going to need a bigger boat.