By James Patrignani (Atlanta, Georigia, US) 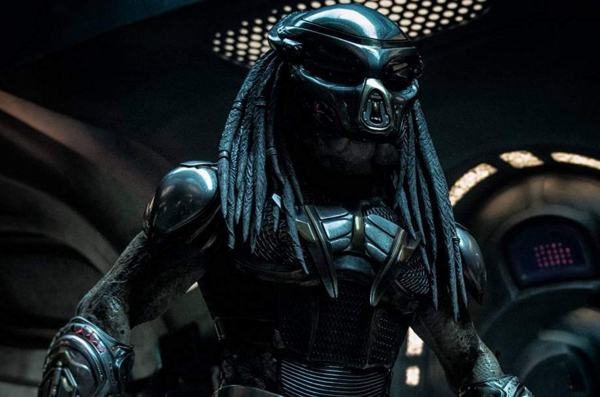 Prey To A Dying Franchise: A Spoiler-Free Review

In anticipation for Shane Black’s The Predator release, I had some hope as to the quality of the newest Predator film in a long franchise. The talent both in front of and behind the camera was impressive: comedian Keegan-Michael Key, Alfie Allen (Theon Greyjoy from Game of Thrones), and Shane Black directing (being in the main cast of the original film, Predator), there was plenty of potential. This was, unable to save The Predator from being another throwaway bloated mess. In the end, the movie’s downfall was its lack of direction in its plot. Scenes just seemed to play on the screen, without any flow or reason; it was just one action sequence after another, barely held together by a plot that boiled down our leads chasing one objective after another, changing every 20 minutes. The plot moved too fast for its own good and quickly devolved into a jumbled mess. Doubled with characters given zero development or motivation, it was hard to care about them, or take the overall story seriously.

In terms of the film’s “characters”, this is where Black’s influence seemed to be the most prevalent, and most off-putting, unfortunately. His character in the original Predator (1987) was the wise cracking jokester of the crew, which was entertaining and made his character, distinguished. Now helming this new film, Black decided to make every single character a wise cracking jokester, bogging the film down even further in embarrassing moments of silence which were clearly intended to be filled by the laughter of the audience. None of the characters had distinguishable personalities, largely unhelped by the fact that 90% of the film’s dialogue consisted of one-liners that fell embarrassingly flat.

Of course, for the average movie-goer, most of this does not matter. Most of us came for one thing only: some good old-fashioned Predator ass-kicking. Yet even here, the film disappoints. In 2018, bad CGI is inexcusable. This was especially true for the super predator, the predator space dogs (?) and the explosions of blood that would come from anyone the predator killed, popping like water balloons straight out of a Tarantino movie. At some moments the characters seemed to forget they were in the middle of a firefight, as during a scene where the predator is wreaking havoc two characters begin to have a formal discussion, trying to bargain with each other while their lives are in grave danger. Every action sequence felt so uninspired and boring and we were never made to feel that the main cast were in any kind of suspenseful or white knuckling danger, making the film seem so bland.

The saddest part of the film was its ending which was a laughably lazy attempt at setting up a new franchise of Predator movies. The movie itself ended about 10-minutes before the actual runtime expired, meaning the next 10 minutes felt tacked on to set up upcoming movies. We’ve seen this done too many times, à la The Mummy and The Amazing Spider-Man 2.

The movie does have some small merits though. The costume design on the first predator looked great and it was always welcome to see it in action once again. Also, apart from every other character that thought they were in a comedy troupe, Key was quite funny at times and should have carried most of the comedy on his back, as he was able to pull it off the best.

The Predator was only worth about 2 out of 5. It tried to be so many things, a comedy, an action movie, a horror movie, and simply mashed all three into one bloated movie that was a huge disappointment to me, and many others who hoped that this next Predator entry would have been a turn for the better for the dying, if not already long gone, franchise.