Uncut Gems New Quotes – ‘This is how I win.’ 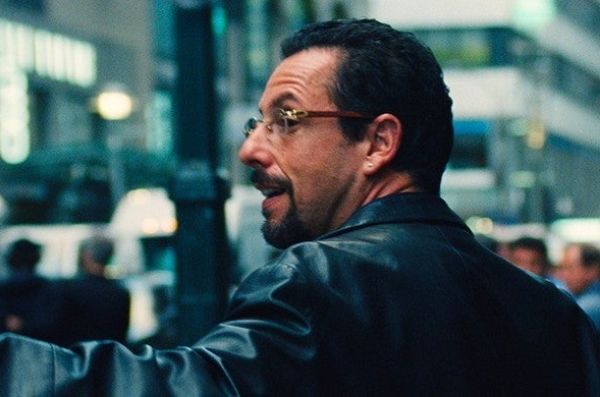 Crime comedy drama directed and co-written by Josh and Benny Safdie. Set in the diamond district of New York City, the story follows Howard Ratner (Adam Sandler), a jewelry dealer to the rich and famous with a gambling addiction while trying to handle two relationships and debts at once. When he makes a series of high-stakes bets that could lead to the windfall of a lifetime, Howard must perform a precarious high-wire act, balancing business, family, and encroaching adversaries on all sides, in his relentless pursuit of the ultimate win.

Howard Ratner: I made a crazy risk, a gamble, and it’s about to payoff.

Howard Ratner: KG, it’s game night. You should be stretching out.
Kevin Garnett: So, what is he, your coach?
Demany: No, he’s just some f*cking crazy-a** Jew.

Arno: [to Howard] You’re taking my money, all over town, placing bets!

Howard Ratner: [to Dinah] Is it too late? I’m done. It means nothing. It meant nothing. Please, give me another shot.

Gary: Howard, where is the money right now?

Arno: Howard, got my money?!

Howard Ratner: You like to win, right? This is no different than that. This is my f*cking win.

Arno: You think I’m stupid, Howard! You and your whole f*cking family! I heard you resurfaced your f*cking swimming pool. Do you know how that makes me feel?! Do you think your life is more important than…
Howard Ratner: I never resurfaced anything! I don’t know who said that!

Arno: I told you about how things were going to go. You like the way things are going now?

Howard Ratner: Get the kids out of the house!

Phil: You having a good time?
Howard Ratner: [smiles] Yes.

Howard Ratner: This is me. This is how I win.

What do you think of Uncut Gems quotes? Let us know what you think in the comments below as we’d love to know.