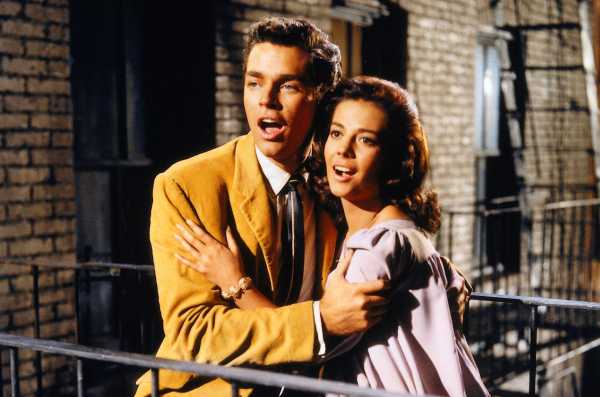 West Side Story is a pumped-up jam of explosive passion and fury at the status quo. The 1961 film took home many an Oscar that year, including Best Picture, and even with the Academy’s shaky history with regards to progressivism, it’s a testament to this film’s technical brilliance that that alone almost certainly got it as far as it did. Reds, purples and yellows pop, a fantastic use of Technicolor technology that would never quite be replicated, and just look at those dances. Wow. Anita (Rita Moreno) especially, though it is most definitely a group effort.

Our protagonists Maria (Natalie Wood) and Tony (Richard Beymer) share a romantic connection that although at first seems incredulous is built upon, deepened and realised against a backdrop of gang warfare. I must say that I’m not exactly one to believe in love at first sight, and I was worried that the film may not develop it any further; instead providing them with brief snatches of time together, but here we see how each interaction deepens their affection for each other.

The two houses are fundamentally and inseparably racialised, an update from the original Romeo and Juliet play of Shakespeare (and yes it is – and was – a questionable choice to hire barely any actual Puerto Ricans to fill these roles, but nothing’s perfect). The film benefits from this racial dichotomy by examining how they function under the oppressive, institutionalised rule of law. Systemic oppression is innately responsible for the persecution of minorities as we see in the two gang’s rejection of law and order.

The gangs will work together (albeit briefly) to keep them off their backs but will just as quickly turn on each other again, unaware (even when it is made clear to them by their class conscience – manifested in Doc (Ned Glass) – that what they’re fighting over is ultimately worthless. Both gangs buy into the ideological state apparatus and it ends in self-destruction, Tony is killed for worthless aims and in a manner that we have come to be seen as unbefitting. Before the tragic outcome, our two star-crossed lovers make pretensions towards wealth and higher class in their dreams and plans for the future but at the end of all things, Tony dies ignobly.

By updating Shakespeare, the film also inverts the bourgeois hegemony that focuses on the ideological and oppressive state apparatuses. Romeo and Juliet are wealthy. People were (and still are) concerned with the upper classes, what West Side Story does is flip the switch, the wealthy are commanded to look at and empathise with the poor. It’s not quite a deconstruction as it does not wholly undermine the social order’s traditional approach but it does draw attention to the hypocrisies in our society which is more than most texts do.

These are our noblemen, and their death ought to provoke anger. The consequence, then, might be to rally against the Sharks and declare them the antagonists but the film rejects this. We get just as much (probably more) screen-time devoted to understanding the relationships, the loves, hates, criticisms and hardships the Puerto Rican’s face than the Poles.