Identity, single-parenthood, and the loss of a loved one are all major themes in the Japanese animated film, Wolf Children. Directed by Mamoru Hosoda, the animation and music all add depth and emotion to a movie that is meant to make you feel youthful and nostalgic all at the same time. While the name implies a story about rowdy wolf-like children, it is about half-human and half-wolf children. It is a story about one mother’s journey of raising her wolf children while she navigates a new life with the loss of her lover. The lycanthropy seen in the movie can be symbol of an identity crisis for the children, but also a sign of transformation depending on what part of the movie you are watching.

We are introduced to a young girl named Hana, a student at a university. One day, she meets a brooding man at her lecture hall. They become friends and start seeing each other more and more. One day, the man reveals that he is a wolfman. Instead of being afraid of cutting things off with him, Hana and the man start dating. She ends up accepting his identity and secret. Soon after, they have two children, Yuki and Ame, who are both half-wolf and half-human.

Due to a tragic turn of events, Hana is left alone to raise her children as her lover passes away. While Yuki and Ame are still young, they have trouble managing their identity as wolves or humans since they keep changing forms and are unable to control it. After a few complaints from Hana’s neighbors, the family flees to the countryside. Hana wants her half-wolf and half-human children to learn what side of their identity they preferred, wolf or human? The best place to do that was the countryside, the place where there are no eyes on them. As Hana and her family adapt to country life and find some ease; they start learning how to adapt. Hana picks up farming with the help of other farmers in the area and tries to make a home for her new children in a new area, away from the glaring eyes of the city.

One of the largest dilemma seen in the story in the story is the difference between the siblings Ame and Yuki. Yuki is extremely outgoing and thrives in human society while Ame is failing his classes. It is evident that they are both on different trajectories in life and resonate with one identity more than another. Are they wolves? Are they human? Or both? The battle between their identities is shown through a montage of where Ame and Yuki succeed and fail. This development of their character is only seen by viewers while Hana only realizes this preference that her kids have later in the movie when the children have an argument. It is made evident that Yuki and Ame have a preference through a clear argument in the movie. Yuki belittles her little brother for not wanting to go to school or being a stellar student while Ame retorts by bringing light to their wolf identity. Hana only realizes this internal struggle that her kids are having when they both have a physical fight throughout the house that breaks everything in the surrounding areas. This is one of the more disheartening scenes in the movie as both Ame and Yuki finally verbalize what they are feeling. It confirms what the viewers were thinking.

The music in Wolf Children fits the story well, and during certain times, there is only animation with no dialogue. During memorable scenes there is limited dialogue such as when Hana’s lover reveals his true form as a half-wolf and half-human person or when Hana learns that she is pregnant. During those scenes, the audience is supposed to be overjoyed. The movie has a way of portraying these scenes without dialogue perfectly. The soundtrack can be peppy and warm, or harsh and heavy. Whether the director is trying to make you feel happy or sad, the music and animation together convey it perfectly.

In conjunction with the music, the animation is fluid and colorful. The old Japanese animation art style with flat colors and little dimension has a certain nostalgia. The studio that animated Wolf Children, Studio Chizu, make detailed scenery in the movie that goes along with the cheerful but sometimes gloomy score. The nature, the city life, and even the animation of the other animals and humans all have a distinct look to them with their vibrancy and moderate detail. The one tone shading in the movie works to keep the animation simple but impactful. Just by one glance, you can tell Studio Chizu played a role in it, especially after seeing The Girl Who Leapt Through Time, another film directed by Mamoru Hosoda. A prominent part in the film where the animation is flawless is when one of the children, Ame realizes that he wants to live his life as a wolf instead of a human. Ame spends his time in nature and the animation does a good job of portraying his awe when he is exploring nature. He really does thrive when he is a wolf in his element unlike Yuki, who would rather conform to human society.

The ending of the movie can be described as one of the most heartbreaking, right after Hana’s lover’s death. Yuki, realizing that he’d rather be a wolf, leaves Hana on a rainy day without telling anyone. Sorrowful piano music fills the silence and animation of Yuki running away. Hana realizes his absence and goes to the woods to find him. She feels like a failure as a parent. The difficulty of letting go as a parent is seen in Hana. The worry of whether your kids will find a place in this world is also prevalent in the movie. The family’s unique situation makes everything much more complicated and messier for Hana, but I don’t think she failed as a parent. She did everything she could to make her children find a place in this world. I would wholeheartedly recommend this movie to anyone who needs a good cry, or if they’re also trying to figure out their place in the world. It takes time. 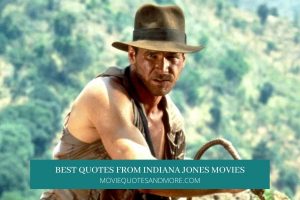