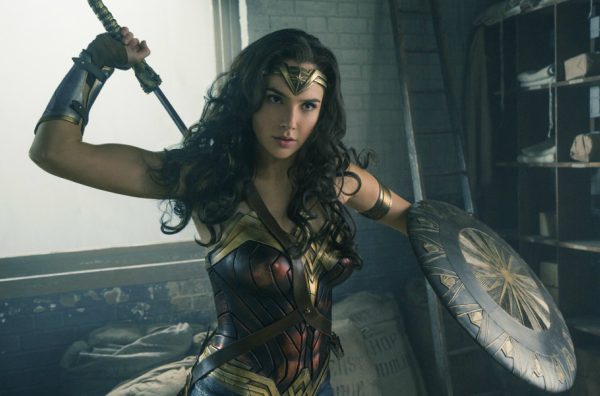 Wonder Woman has a lot riding on its iconic shoulders. It’s not only one of the most anticipated releases for one of the most iconic superheroes in history, but it’s also the first female-led comic book movie since 20th Century Fox/Marvel’s Elektra back in 2005. Additionally, many fans hope that this film will be the “one” that saves The DCEU from critical damnation.

I’ll be the first to admit that I seriously was concerned for future of The DCEU. I had seen the DCEU universe on perpetual life support despite the commercial success it had achieved. It was as if The DCEU couldn’t move on from the glory days of Christopher Nolan and the long casting shadow the legendary Dark Knight Trilogy but finally things have changed. I’m more than happy to say that Wonder Woman is the strongest entry in The DCEU yet without a doubt!

The movie’s success can be attributed to the performance by Gal Gadot as Diana Prince/Wonder Woman. Understandably, many were initially skeptical of Gadot after her brief debut in 2016’s Batman V Superman: Dawn of Justice, let me set you worries aside finally; Gadot brings to the role an incredible physicality, warmth, humor and humanity which I’m sure will make fans more than happy. Chris Pine is great as Steve Trevor, and together the duo have great onscreen chemistry. This is probably my favorite Chris Pine performance hands down since his role in The Finest Hours. The friendship and eventual romance that blossom between Steve and Diana never feels shoehorned, it really feels genuine. The duo are backed up by an excellently talent supporting cast, too. Although I wish some of the supporting cast were given some more time to shine.

Unfortunately, the film does have some weaknesses and some of that can be attributed to its villains. Danny Huston’s General Ludendorf is a classic definition of a one-note villain. While Dr. Poison (Elena Anaya) is slightly more compelling as a character, she’s not given enough screen time to make much of an impact. Then there’s Ares, The God of War.

It’s no secret that The God of War is in the movie, but the discussions as to why Ares doesn’t work would be. The third act confrontation between Diana and Ares goes overboard with CGI and green screen scenery which reminded me of the Doomsday fight in BvS. Jenkins gets a little carried away with the slo-mo, though with some scenes it’s utilized brilliantly as in Diana’s fantastic No-Man’s Land sequence.

If you were concerned for The DCEU, Fear No More! Wonder Woman has succeeded where other DCEU films have failed!! Go see it!!! It is a film that not only inspires girls and women of all ages but really inspires everyone. The same way that Richard Donner’s Superman inspired generations of comic book fans years ago, Wonder Woman does the same. Even if you’re a diehard MCU fan who would never think you’d enjoy a DCEU film, trust me you’ll love Wonder Woman. This is coming from an unabashed MCU fan.