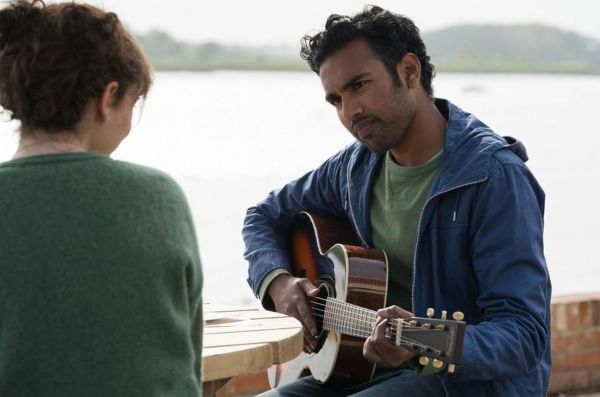 The brilliance of Yesterday is its ability to be both a heartwarming story that anyone can enjoy as well as a wonderful tribute to The Beatles and their fans. It may skim over some ideas that could have been fleshed out more, but overall the great performances, a predictable but solid plot and of course amazing soundtrack make Yesterday a joy to watch.

The movie is based on a simple concept. After a worldwide blackout, various events, people and other familiarities from our world are wiped from everyone’s memory. That is for everyone but a select few unaffected by the clearing. While many famous things are mentioned throughout the movie (Coca-Cola, Harry Potter, Oasis and even cigarettes) the movie focuses on one specific entity, The Beatles. Our protagonist Jack, a struggling musician, discovers the disappearance of the iconic band and so sets off for stardom, writing and performing all The Beatles hit as his own creations. Along the way his childhood friend Ellie confesses her love, and Jack must decide between her, and his success as the world’s greatest songwriter.

To start, the performances are great. Himesh Patel and Lily James as Jack and Ellie play their parts perfectly. Unlike traditional protagonists, they are awkward and unsure of themselves and it makes them instantly relatable. Jack, even at the peak of stardom never settles in to the rock star role and is berated throughout the movie by his overbearing manager (also played magnificently by SNL veteran Kate McKinnon) about his looks. This goes a long way in a movie that requires belief of an absurd event to work as a film. It also helps sell the side plot romance which feels forced in many movies of this nature but thanks to the believable characters, feels natural here. Something that doesn’t feel so natural is the movie’s pacing.

Events you could assume would be a focus are skimmed over in montage segments lasting less than a minute. Things like discovering the disappearance of The Beatles is accepted within one conversation and one google search with no second opinion and no personal crisis. Jack simply begins witting and performing the songs around town which again, is nothing more than short scenes that come and go with blistering speed. This continues throughout the movie which wouldn’t be a problem, save a number of slower scenes focusing on Jack’s growing guilt and romance with Ellie. I’m not saying these scenes shouldn’t be in the movie; they absolutely should and bring a needed depth to the characters other movies lack.

The problem is the how jarring the stop is between the movie’s usual breakneck pace and these slower scenes. I enjoyed the slower moments and really only wish the rest of the movie took more time to explore the processes Jack went through, trying to remember songs and how to play them as well as to match the other more restrained scenes. I found a very similar issue in another recent music-based movie, Bohemian Rhapsody. It shares the same problem of putting a montage over what would be important moments as well as having long, dragged out personal sequences. I understand that with all the brilliant music at the maker’s disposal it’s tempting to simply use a montage featuring a related song to convey a series of events, however it breaks the pace. Yesterday, unlike Queen’s movie endeavour, gets more of a break from me, as the events are fictional and so I didn’t go in expecting details about them, as well as its personal moments actually being quite touching.

Lastly, we have to discuss the soundtrack. Of course your opinion on it will largely depend on how you feel about The Beatles however I suppose if you don’t like The Beatles you most likely won’t attend this movie. Patel himself sings the songs you hear throughout the film and as a huge Beatles fan; I can say it’s fantastic. They stick to a basic cover, not changing any fundamentals to the songs but being great all the same. Patel has a great voice that lends well to The Beatles sound and I was genuinely surprised at how much I enjoyed these versions. The people I attended the movie with also greatly enjoyed the music and they were not super fans by any stretch. Aside from the aforementioned montages, the music is also used very well, using different songs to convey different emotions or even for comedic effect. The music, like with The Beatles themselves, is the star and it shines very bright in this movie.

Yesterday is not complex. It doesn’t try to tackle modern issues or attempt to innovate movies as a medium. Yesterday is a tribute to one of the world’s most celebrated bands. For the average viewer it is a heartwarming story of truth and acceptance and for a Beatles fan, it has plenty of hidden nods and references for those who know what to look for. It is a movie that almost anyone can enjoy, fan or not. While it has some slight missteps in pace and perhaps a few jokes that don’t land as intended, it’s fun, relatable at hits all the marks it reached for.