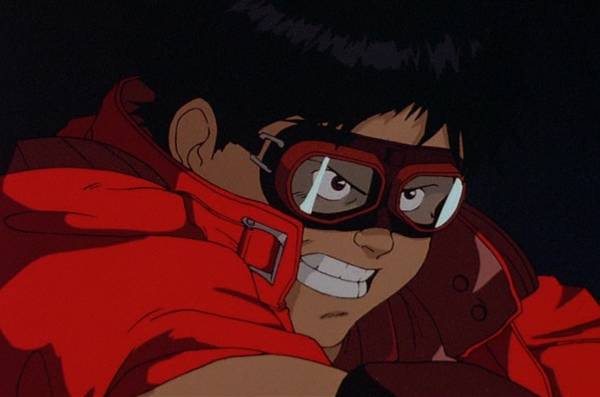 One of the most important years in the history of Japanese animation is 1988. Japanese animation boomed in unforeseen ways after Akira. Western viewers and critics were intrigued by the film’s style. Katsuhiro Otomo uses jaw-dropping hand-drawn animation, stunning effects, and a gritty cyberpunk aesthetic.

Set in neo-Tokyo of 2019, friends Kaneda and Tetsuo navigate a complex plot filled with battles against anti-government activists, greedy politicians, irresponsible scientists, and a powerful military leader. Experiments are performed on Tetsuo, and as a result, he gains remarkable powers from a mysterious being known as Akira. In the end, Tetsuo’s supernatural powers suddenly manifest and become uncontrollable. He uses a mix of tech and flesh to create a new, powerful body that ultimately grows to terrifying sizes. Kaneda and the cast become powerless to stop him, forced to witness the doom of the city by his hands.

Akira is a movie I think people need to watch to get a different point of view of different cultures and society as a whole. Katsuhiro Otomo did a spot-on representation of the modern world that we live in today. This was an astounding accomplishment considering that this film was created in 1988. There are many different problems and issues addressed within those two hours that still trouble our society as well as hold us back. For example, the fear and treatment of nuclear technology and weapons addressed throughout the film. 30 years after its initial release, the movie seems to be viewed more as a prophetic work. Technology doesn’t make life easier but more troubling, and the youth of the world more defenseless and helpless by those in power.

In both the manga and the movie, the importance of friendship and camaraderie is emphasized quite a bit. All members of The Capsules motorcycle gang had a strong bond, after dealing with years of neglect and shame from others. Even when Tetsuo leaves The Clowns, Yamagata, Kaneda, and the others hunt him down with the full intention of killing him. This is even after Tetsuo betrayed and even killed some of them. When Kaneda feels obligated to stop and kill a crazed Tetsuo, he still made a final attempt to save him due to their friendship. I thought this was shown very well because during the film you see Kaneda and the gang struggle with the deception and betrayal of Tetsuo, but also the will to help him when he’s in need.

Within the film, the power of youth is prominent as well. Most of the adults and even authority figures, in general, are portrayed as corrupt and drunk with power. They often treated the teenage cast as ignorant criminals, focusing mainly on the restless youth so their corrupt activities go unnoticed. Though most of Akira’s characters are delinquents, Otomo makes it clear that they are only so because they were forced to be by the authority figures in their life.

Although this is something that isn’t touched upon in the movie, in the manga, citizens of Neo-Tokyo flock to Akira and Tetsuo after the city’s destruction and worship them as Gods. To these people, telekinesis is not science, but miracles. Before Akira destroyed the city, psychics were viewed as monsters to be avoided. But in times of distress, such as a post-apocalyptic environment, people need something to put their hope into. Even if they put their hope into an empty child and a perverted, psychotic fifteen-year-old. In today’s world, many people do not believe in religion or miracles but on logic. I think that was a very interesting take on society that still is prevalent to this day.