Biodrama directed by Benny Boom. All Eyez on Me (2017) tells the true and untold story of prolific rapper, actor, poet and activist Tupac Shakur (Demetrius Shipp Jr.), from his early days in New York, to his status as one of the world’s most recognized and influential voices until his untimely death. Against all odds, Shakur’s raw talent, powerful lyrics and revolutionary mindset establish him as a cultural icon whose legacy continues to grow long after his death.

'We must not hate those who have done wrong to us, for as soon as we begin to hate them we become just like them.' - Tupac Shakur (All Eyez on Me) Click To Tweet

Afeni Shakur: [to Tupac] Your stepdaddy is a revolutionary.

Suge Knight: Your momma told me ya’ll been going through some things. Sometimes people need to step outside of who they are to realize who they could really be. You feel me?
Tupac Shakur: I feel you.

Mutulu Shakur: [to Tupac] I mean, this is a brilliant opportunity to bring together the revolutionaries in the gang communities under a code of conduct, and you can unite them. We got to create a movement for our community, make sure our people stay safe.

Tupac Shakur: We got a big platform, man. Use that s**t to make a change.

Tom Whalley: We love your music, Tupac. You paint a picture for the listener. It’s not always pretty, but it’s real. It makes you feel, and that’s what good music does.

Tupac Shakur: I’m reporting from the streets. I’m educating and keeping it real.

Afeni Shakur: [to Tupac] Son, this ain’t just about you.

Afeni Shakur: I’m worried about…
Tupac Shakur: Ain’t nothing to be worried about.
Afeni Shakur: Like all Black leaders you have a bullseye on your back, and today it just got bigger.
Tupac Shakur: But I ain’t no Black leader! Not yet!
Aunt Linda: Your mama’s right. This is the same s**t that happened to Geronimo.
Afeni Shakur: And how are you not a Black leader? The Vice President was just talking about you on the TV! Baby, you have to understand with The Panthers it wasn’t that we had guns or black leather, it was because of our message. We were transforming minds. They are going to come after you with everything you love. They’re going to give you the tools that you need to destroy yourself.

'Sometimes people need to step outside of who they are to realize who they could really be.' - Suge Knight (All Eyez on Me) Click To Tweet

Tupac Shakur: I wrote something for you. “You are the Omega of my heart, the foundation for my conception of love. And when I think of what a black woman should be, it’s you that I first think of. You will never fully understand how deeply my hear feels for you. I worry that we’ll go apart and I’ll end up losing you. You bring me to climax without sex, and you do it all with real grace. You are my heart in human form, a friend that I could never replace.”
Jada Pinkett: You ain’t even move to California yet, and you’re already going soft on me.
Tupac Shakur: Oh, I’m going soft!
Jada Pinkett: So soft.
Tupac Shakur: You got the tears in your eyes. The tears flow and I’m being soft.
[he laughs and embraces her]

Journalist: [to Tupac] The first time we talked on the phone and you agreed to these interviews, you said, and I quote, “If they kill me, I want the people to have every drop. I want them to know the real story.” All I’m trying to do is tell your real story.

Journalist: I have it on good authority the FBI has a four thousand page file on you.
Tupac Shakur: Only four thousand, huh? That mean I’m being targeted then, right?

Journalist: You’re trying to start a positive movement for black people by using negative symbolism like thug and outlaw.
Tupac Shakur: Come on. See, unlike you, my constituents ain’t Booker T. Washington, m**herf***ers. They’re hustlers, street soldiers, mothers trying to get off welfare. Feel me? You got to enter in somebody’s world in order to lead them out.

Suge Knight: Like I’m always telling y’all, Death Row is more than a label. It’s a family. And tonight, we got one of our members back, fresh off acquittal.

Tupac Shakur: It’s real simple, you’re either with us or you’re against us.

Tupac Shakur: Why are the cameras all on me? And in the report, all these charges, I didn’t do nothing. I’m charged with being in concert with some guy. Well, where are they at? Why me? Because I’m Tupac? No, I’m not angry at them, I’m angry at the system. I don’t want anybody else to go to jail, you know what I’m saying? But I don’t want to go to jail for something I didn’t do. I just don’t want to be the escape goat. You know what I’m saying? It’s like the only way I know how to live my life is to be responsible for what I do.

Tupac Shakur: We must not hate those who have done wrong to us, for as soon as we begin to hate them we become just like them, pathetic, bitter, and untrue.

'Just because you can't understand it, don't mean there's something wrong with me.' - Tupac Shakur (All Eyez on Me) Click To Tweet 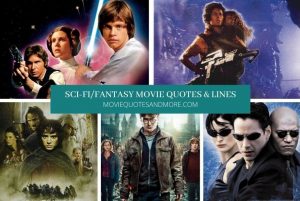