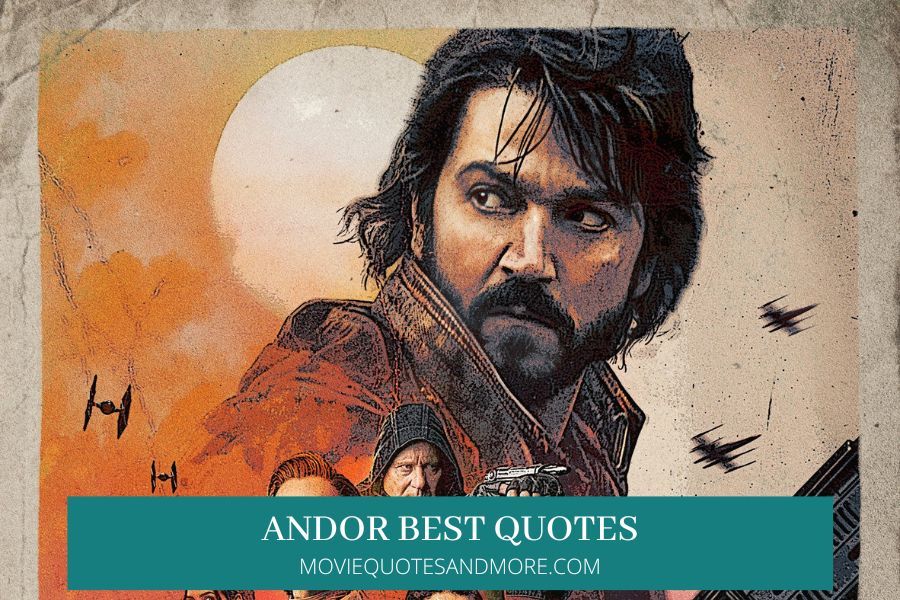 Our list of the best quotes from Disney+ sci-fi action adventure fantasy television series Andor, created by Tony Gilroy. Set five years before the events of Rogue One, the story follows the adventures of the Cassian Andor (Diego Luna), a thief who becomes a revolutionary and eventually joins the Rebellion. It will explore tales of espionage and daring missions to restore hope to a galaxy in the grip of a ruthless Empire.

Cassian Andor: To steal from the Empire, you just walk in like you belong.

Cassian Andor: They’re so proud of themselves. So fat and satisfied. They can’t imagine that someone like me would ever get inside their house.

Luthen: Soon enough, these days will end. There will be no rules going forward.

Luthen: Cassian Andor, the Empire is choking us so slowly. We’re starting not to notice. What I’m asking is this, wouldn’t you rather give it all to something real?

Luthen: I need all the heroes I can get.

Saw Gerrera: For the greater good.
Luthen: Call it what you will.
Saw Gerrera: Let’s call it war.

Dedra Meero: You’re in my net. Are you a fish, or are you a thief?

Mon Mothma: As long as everyone thinks I’m an irritation, there’s a good chance they’ll miss what I’m really doing.
Tay Kolma: What are you really doing?

Maarva: People are standing up. That’s what a reckoning sounds like.