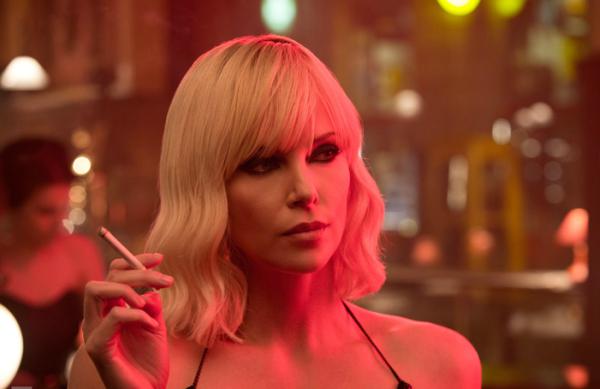 Spy action thriller directed by David Leitch which follows Lorraine Broughton (Charlize Theron), a top-level spy for MI6, who is dispatched to Berlin to take down a ruthless espionage ring that has just killed an undercover agent for reasons unknown. She is ordered to cooperate with Berlin station chief David Percival (James McAvoy), and the two form an uneasy alliance, unleashing their full arsenal of skills in pursuing a threat that jeopardizes the West’s entire intelligence operation.

Eric Gray: Ah, Lorraine. Sorry to bring you in on such short notice. You know C.
Lorraine Broughton: Yes.
Eric Gray: We were just going over your file. I see your Russian is excellent. An expert in escape and evasion. Proficient in intelligence collection and hand-to-hand combat. It’s an impressive set of skills.
Chief ‘C’: And knowing the Reds as I do, she’ll need to use every damn one of them.
Eric Gray: I’ll get straight to the point. How well do you know James Gasciogne?
Lorraine Broughton: Enough to say hello. We worked together in Istanbul in ’85.
Chief ‘C’: He’s dead. Gasciogne was killed last night on a mission in Berlin.
Eric Gray: The West German Police fished his body out of the Spree this morning, and a coroner extracted a 7.62 Tokarev round from the base of his skull.
Lorraine Broughton: Soviets.
Eric Gray: Yesterday, Gasciogne met with a Stasi officer, code-named Spyglass. We promised Spyglass immunity in exchange for a document on microfilm, code-named The List.
Chief ‘C’: Hidden in a Swiss watch, no less.
Eric Gray: The List contains every active clandestine officer, all their shady deals. It’s an atomic bomb of information that could extend the Cold War for another forty years and we believe the man that killed Gasciogne now has it.

Chief ‘C’: Everyone’s hunting for it. The Yanks, the Frogs, Soviets of course.
Eric Gray: And our man, Percival.
Lorraine Broughton: Who’s Percival?
Eric Gray: David Percival. He’s our number one in Berlin. He’s your point of contact there.

Eric Gray: Your mission is to connect with Percival and do whatever it takes to get that list home.
Chief ‘C’: And remember, Lorraine, this is highly sensitive. Trust no one.

David Percival: Welcome to Berlin. I’m David…
[she stars shooting at him]
Lorraine Broughton: Where the fuck are you?
[he dodges his head and holds out one of her shoes]
David Percival: Don’t shoot. I’ve got your shoe.

David Percival: Let me help you with your bags.
[he opens the upside down car’s boot where here bags just drop the ground, David then pulls along the body of a dead man]
David Percival: Come on.
Lorraine Broughton: Fuck’s sake!

Lorraine Broughton: What do you know about this woman who’s been following me since Tempelhof?
David Percival: I’d say that you’re an attractive woman, and you should do the math. You know, if I was to follow you, I mean, properly, you’d never fucking know. There’s a knack to it, isn’t there? It’s like walking a tightrope or playing bagpipes. You can either do it, or you can’t.
Lorraine Broughton: Knock yourself out.

David Percival: Look, we’re all exposed by that list. Saving the world is cool and all that, but my main objective is staying alive. I’ve been head of Berlin station for ten years. You’ve got to know that I’m the only man in this town that can help you get that list.
Lorraine Broughton: Yes, I’ve read your file. I’ve also read your dog file. So let’s cut the crap, shall we? This whole hungover, show-up-late, don’t-know-which-way-is-up act, I’m not buying it. I trust you about as far as I can throw you.
David Percival: “It’s a double pleasure to deceive the deceiver.”
Lorraine Broughton: Niccolò Machiavelli. It was on your shelf.
David Percival: Oh, my God. I think I fucking love you.
Lorraine Broughton: That’s too bad.

Emmett Kurzfeld: You’ve got the MI6 so worried they called the CIA to talk sense into you. Eric Gray called me.
Lorraine Broughton: Of course he did.
Emmett Kurzfeld: I don’t have to remind you of how fast the clock is ticking. If this thing gets out, a lot of good, hard-working folks, brave men and women are gonna show up dead. You and I included. I swear to God, the last few weeks, I dread even waking up in the morning.
Lorraine Broughton: I understand the severity of the situation, sir, and the time imperative.
Emmett Kurzfeld: Listen, I didn’t climb all the way up here just to give you some rousing pep talk. So I’ll cut to the chase. Last night you met a woman. Delphine Lasalle is out of her depth. Given the climate, I’d hate to see an executive order come down the line that falls in her disinterest.
Lorraine Broughton: Her disinterest? What do you mean, “her disinterest”?
Emmett Kurzfeld: Don’t insult my intelligence, Lorraine. You know exactly what I fucking mean. I hope you get a snapshot. Next week, this will be a whole different picture.

David Percival: [to Bremovych] We’ve been in the trenches long enough to know that at times like this, Berlin has its own set of rules. I can give you information that will keep the balance.Now, are you in or out?

Lorraine Broughton: This was not part of the plan.
David Percival: Part of mine.

Eric Gray: Yes, I think I understand everything. You made your plan and you failed to get the high value asset safely across to the West.
Lorraine Broughton: You sent me into a fucking hornet’s nest. I was made by the KGB from the moment my feet touched the ground, maybe even before. But then you knew that, didn’t you? You had your doubts about Percival and you used me to shake him down.
Eric Gray: Ready when you are.

David Percival: You know, a beautiful Italian girl once said to me, “David, you can’t unfuck what has been fucked.”

[referring to Lorraine killing David]
Eric Gray: You killed our Head of Station, an officer of the Crown. You’d better have hard proof and a damn good explanation.
Lorraine Broughton: Who are you to judge my actions?
Eric Gray: I’m your superior.
Lorraine Broughton: My superior. This was never about stopping the war. It was about saving your ass. You couldn’t bear the embarrassment of the sins that we committed in the Cold War. And I was stupid enough to give my life for it.
Eric Gray: Yes, well, that’s your job, isn’t it?
Lorraine Broughton: I did my job. Despite your best efforts and your incompetence, I succeeded where you failed. I uncovered your traitor, Satchel. Brought him the only justice he deserved. A bullet. Percival meeting with Bremovych the day before Spyglass was killed.

[to the dying Bremovych]
Lorraine Broughton: Did you really think I was going to give you that list? Before you die, I want to get this through your thick, primitive skull. I never worked for you. You worked for me. Every false intel I gave you, a rip in the Iron Curtain. Every piece of intel you gave me, a bullet in my fucking gun. I want my life back.
[she shoots Bremovych in the head] 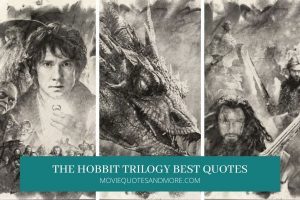