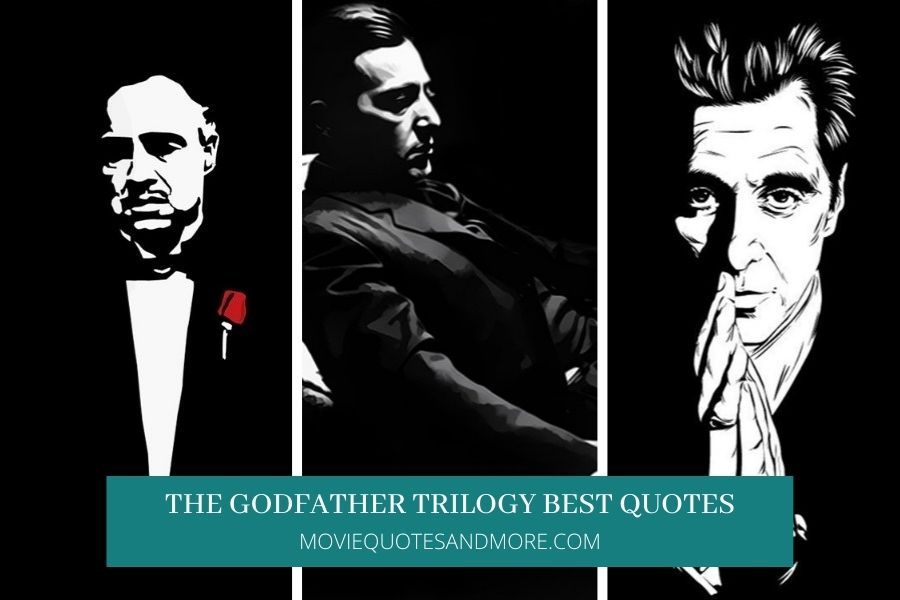 Here is our list from one of the most quotable movies of all time, Francis Ford Coppola’s The Godfather Trilogy. 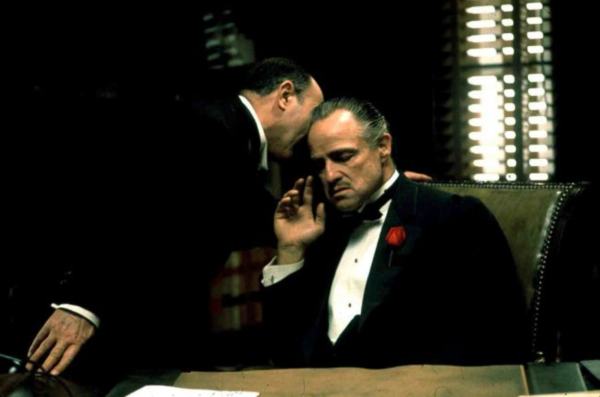 Based on Mario Puzo’s novel of the same name, the story focuses on the powerful Italian-American crime family, which is headed by Don Vito Corleone (Marlon Brando).

'I'm going to make him an offer he can't refuse.' - Don Corleone (The Godfather) Click To Tweet

Clemenza: [to Rocco who has killed Paulie in the car]Leave the gun. Take the cannoli.

Michael Corleone: When Johnny was first starting out, he was signed to this personal services contract with a big band leader. And as his career got better and better, he wanted to get out of it. Now, Johnny is my father’s godson and my father went to see this band leader and offered him ten thousand dollars to let Johnny go, but the band leader said no. So the next day, my father went to see him, only this time with Luca Brasi and within an hour he signed the release for a certified check of one thousand dollars.
Kay Adams: How did he do that?
Michael Corleone: My father made him an offer he couldn’t refuse.
Kay Adams: What was that?
Michael Corleone: Luca Brasi held a gun to his head, and my father assured him that either his brains or his signature would be on the contract. That’s a true story. That’s my family Kay, that’s not me.

Calo: [after Michael notices Apollonia Vitelli for the first time, in Sicilian] In Sicily, women are more dangerous than shotguns.

Don Corleone: [during the meeting with the Five Families] You talk about vengeance. Is vengeance going to bring your son back to you or my boy to me?

Michael Corleone: [moviequotesandmore.com] Fredo, you’re my older brother, and I love you. But don’t ever take sides with anyone against the Family again. Ever.

Michael Corleone: [speaking to Carlo] Only don’t tell me you’re innocent. Because it insults my intelligence. Makes me very angry. 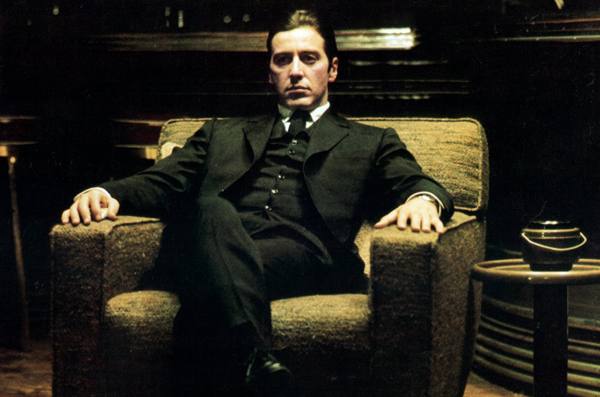 Sequel and prequel in which the story is presented in parallel dramas, where one continues the story of Michael Corleone (Al Pacino), the new Don of the Corleone crime family, and the prequel covers the journey of his father, young Vito Corleone (Robert De Niro), from his Sicilian childhood to the founding of his family enterprise as an immigrant in New York City.

‘My father taught me many things here. He taught me in this room. He taught me; “Keep your friends close, but your enemies closer.”' - Michael Corleone (The Godfather: Part II) Click To Tweet

Hyman Roth: Good health is the most important thing. More than success, more than money, more than power.

Tom Hagen: It would be like trying to kill the President, there’s no way we can get to him.
Michael Corleone: If anything in this life is certain, if history has taught us anything, it is that you can kill anyone.

Vito Corleone: I make him an offer he don’t refuse. Don’t worry.

Vito Corleone: I’m not interested in things that don’t concern me. 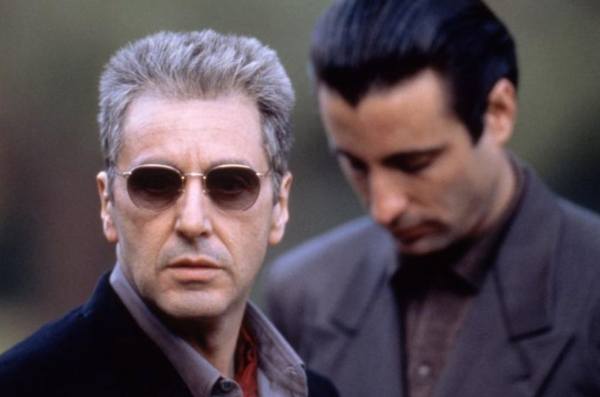 Final installment of trilogy, where an aging Don Michael Corleone seeks to legitimize his family’s business and remove himself from the violent underworld, while taking his nephew Vincent Mancini (Andy García) under his wing.

Michael Corleone: Never let anyone know what you are thinking.

Michael Corleone: Just when I thought I was out, they pull me back in.

Don Altobello: [moviequotesandmore.com] The richest man is the one with the most powerful friends.

Michael Corleone: When they come, they come at what you love.