The MCU has become the highest-grossing movie franchise in history. It has grossed 22.56 billion dollars over a span of 23 films and now with the MCU making its debut into the television world with TV shows such as WandaVision and The Falcon and The Winter Soldier, there has been no better time to look back at the franchise’s roots. It started back in 2008 with Iron Man and ever since has been known for its great origin stories however what has been a talking point is what is the best origin story? Well, I would argue in Phase One it would have to be the star-spangled man with a plan.

Captain America: The First Avenger was released on the 29th of July 2011 (United Kingdom) with Joe Johnston directing and starring Chris Evans as Captain America, Sebastian Stan as Bucky Barnes and Hugo Weaving as the Red Skull. This film follows Steve Rogers an asthmatic, underweight and overall unhealthy young adult fighting to join the army and serve his country in WW2. He then gets chosen for a secret military program to create a team of super soldiers. When the lead scientist gets killed Steve is used as a dancing monkey until he sets off on his mission to hunt down and destroy Hydra.

So did Joe Johnston bring America’s icon to screen in a classy and well-made fashion? Well, yes. This film does include minor writing inconsistencies and some 2nd act pacing issues but not to the point where it distracts from the overall themes and narrative. To start with the positives of this film and there are plentiful the directing in this film was just right for the period and tone this film set. Joe Johnston understood he couldn’t be too flashy and use quick and quirky cuts for a more serious in tone war film so instead, he opted for a stylish and smooth approach with continuous movement keeping scenes visually interesting even when there were exposition dumps. The scene where Steve Rogers enters the capsule to become the first American super-soldier gave it a sense of grandiose to ensure we would bookmark that moment for the rest of the film. He also expertly directed the prison freeing scene and also the final fight.

This great directing was coupled with a phenomenal musical score throughout the film. It was strong and thunderous giving the sense of power and importance to Captain America with an iconic theme tune for Steve that you recognize every time it plays. This aspect of the film also matched the tone and time period of the film very well and managed to emphasize every major event in the piece, almost like it was placing a marker in our memory for us to remember that specific moment. Captain America’s musical piece also had the perfect ‘40’s feel representing the state of the nation and their high desire for hope.

Additionally, this film has some truly great acting that left long-lasting impressions for everyone that watched it. Our main two actors Chris Evans and Sebastian Stan who play best friends on screen perfectly bounce off each other with some really great chemistry and give a sense of friendship and banter on-screen and you really believe their relationship. Chris Evans had a hard task of having to balance that weak side of Steve during the army training sessions but also Steve’s intelligence and he did this really well, he also displayed Steve’s strong moral side as well. I have also got to give props to Dominic Cooper for his portrayal of Howard Stark showing off that cocky but player side.

I think what has to be probably the most mediocre part of the film has to be the writing, but there are definitely some golden nuggets in the screenplay. It has a fast and action-packed opening setting up the plot and character motivations fast but also sprinkling in action to keep the viewer invested. It also, during the first act, showed Steve’s inner hero early on with us being shown him attempting to enlist many times and wanting to serve. This film also speaks volumes about morals and about good and evil and this is a theme that is expressed well throughout the 2 hour run time.

Finally, I have to give credit where credit is due to the production department’s job on the setting and costume design. The scenery is done expertly it allows you to sink into the time period and soak in that feel and understand the nations’ status and the costumes are splendid and help encourage this idea as well.

Unfortunately, I think we all saw this coming, I do have to get to the negatives of the piece, but luckily there were many more positives. Going back to what I said earlier the writing was 100% the most mediocre piece of the film. There were some plot inconsistencies, and also major pacing issues, and some missed opportunities. First of all, in the scene when Steve becomes cap, there was a Hydra agent there the whole time but allowed Steve to turn into a super-soldier, and when he finally attacks, he kills the scientist, steals some serum, but doesn’t kill unarmed Captain America.

This is forgivable, but what really shoots this film in the foot is its second act and its horrendous pacing. They stop the film in its track to show us cap go on tour performing on stage and become America’s icon. This then forces the film to montage the major attacks on Hydra factories one of the biggest plot points of the film. Instead of cutting out the ridiculously long dancing segments and pushing the prison freeing scene forward and him becoming an icon, that way they waste it with him dancing and skims over the meat of the film. It also has a severe lack of character ark for Steve, at the start of the film he was prepared to lay down his life, and at the end of the film he laid down his life.

The one thing about the editing of this film, which I haven’t spoken anything about as it’s pretty basic stuff, is the ridiculous montage sequence. It montages the main part of the film when he is taking down the Hydra factories. My final nitpicks being the second and third act were plagued with dull repetitive factory settings and also the Hydra soldiers costumes looked hideous.

After looking at the movie as a whole I have to say it landed its themes of morals and right and wrong really well and kept consistent throughout the film. I also thought it landed Steve as a character well and set him up for even better stories to come. This film is a definite recommendation to anyone trying to start and get into the Marvel universe.

So finally, going back to my beginning statement about how this is the best origin story in phase one, I think after looking at the film in-depth I think on a good day I would agree as this sets up Captain America well, but Iron Man is extremely strong as well setting Tony Stark up wonderfully, and whereas this film has a problem in the second act, Iron Man has a problem in its third. 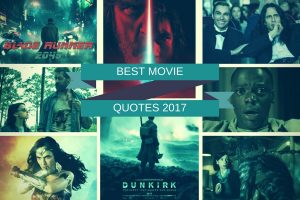